After braving two nights and two days in the less than stellar Tillett’s Village in Crooked Tree, we made our way to the border town of Corozal, just south of Mexico.

We caught an early morning ride on the back of a pickup truck to a boat which took us back to the Northern Highway. Once at the highway, we waved down the next bus heading north to Chetumal, Mexico. The ~90km bus ride cost us US$3 each, all the way to Corozal, via Orange Walk and took about 2.5 hours. The ride itself was quite comfortable, and we were treated to the bus driver’s personal taste in music as his stereo was set to full blast while the LED disco lights in the front of the bus provided a rhythmic and hypnotic distraction from the fact that I hadn’t had breakfast yet.

(Click “Play” to hear a sound clip from the bus ride…


Once in Corozal we found directions to the Sea Breeze Hotel and walked the 1km or so from the bus terminus to check in to our home for the next two nights. 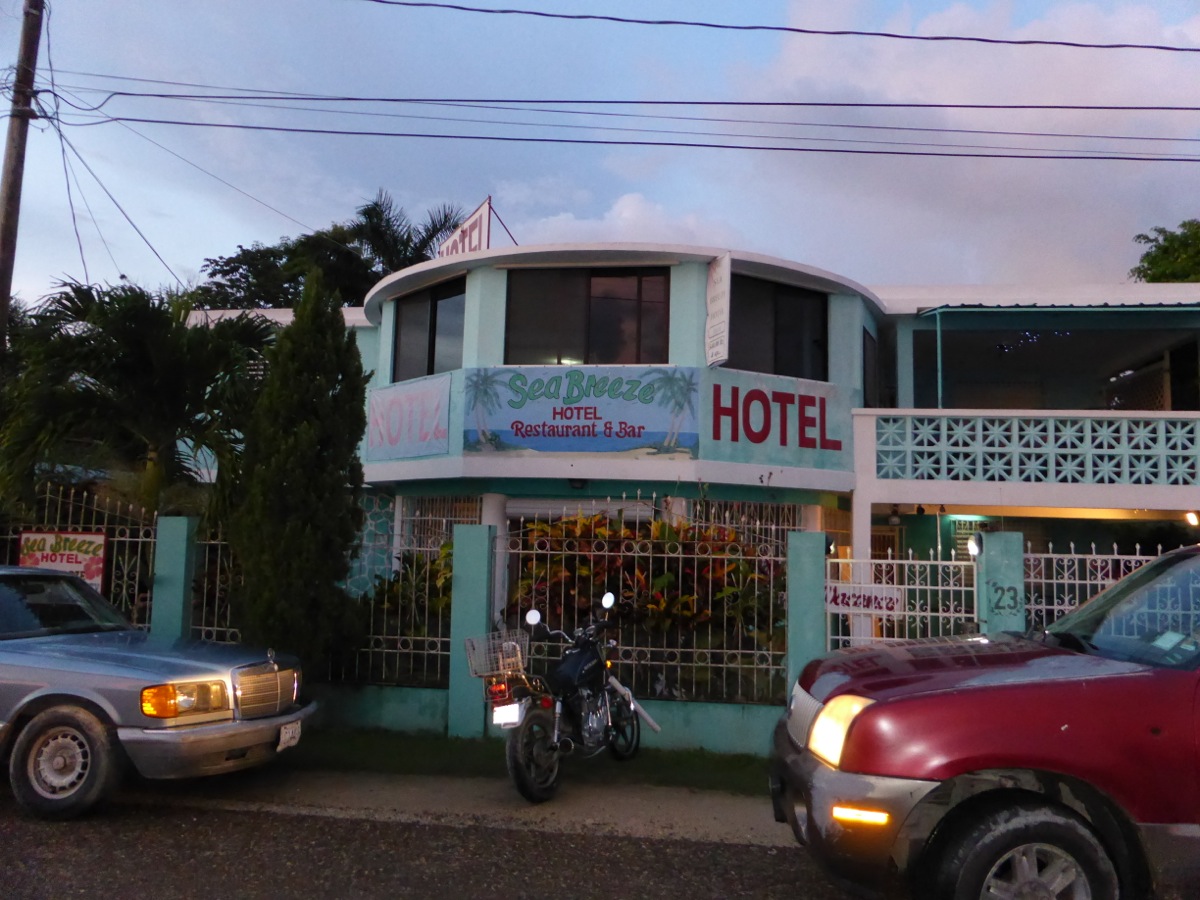 The Sea Breeze is a 2013 Traveler’s Choice Winner on Tripadvisor.com and also came highly recommended by our guidebook as a basic, but comfortable, budget accommodation.

We met the manager, Gwyn Lawrence at check-in and enjoyed his gruff, but comprehensive welcome to his establishment – informing us of the wifi password as well as the fact that the ferry we were planning on taking over to Ambergris Caye (an island about 70km east of Corozal) two days later was out of service due to maintenance. Gwyn went on to kindly suggest we take the Maya Island Air flight over to the caye instead, and quickly had us on the phone to their reservations person. A few minutes later we were all set on the 10:00am flight on Saturday on their 3-seater Cessna 182.

The Sea Breeze provided a great place to stay for our two nights in Corozal, and we really loved having access to the kitchen where we prepared oatmeal for breakfast and made sandwiches for lunch. We were pleasantly surprised by the availability of organic soy milk for our oatmeal and coffee in the “supermarkets” of Corozal. We also got the opportunity to try our first bananas in Belize, and we were not disappointed!

Have kitchen, have oatmeal 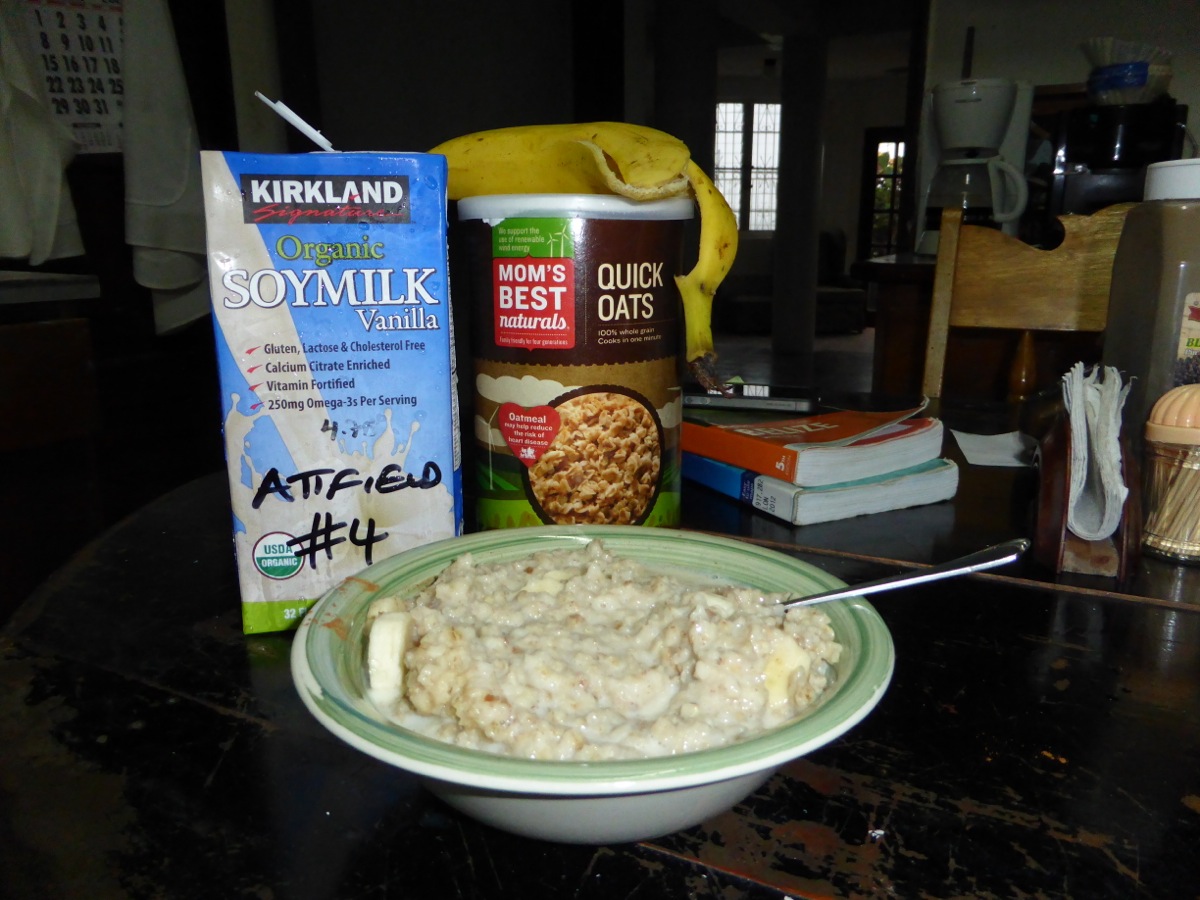 Corozal is an interesting, fairly busy little town with nice stretches of paved boardwalk on the oceanfront. We took advantage of these for our first couple of runs since leaving Vancouver. It poured with rain just as we got started, but in the 30 degrees C heat the cool rain was actually most welcome.

We also explored our first Mayan ruin at a small site called Santa Rita – just a short 25 minute run north of the town. 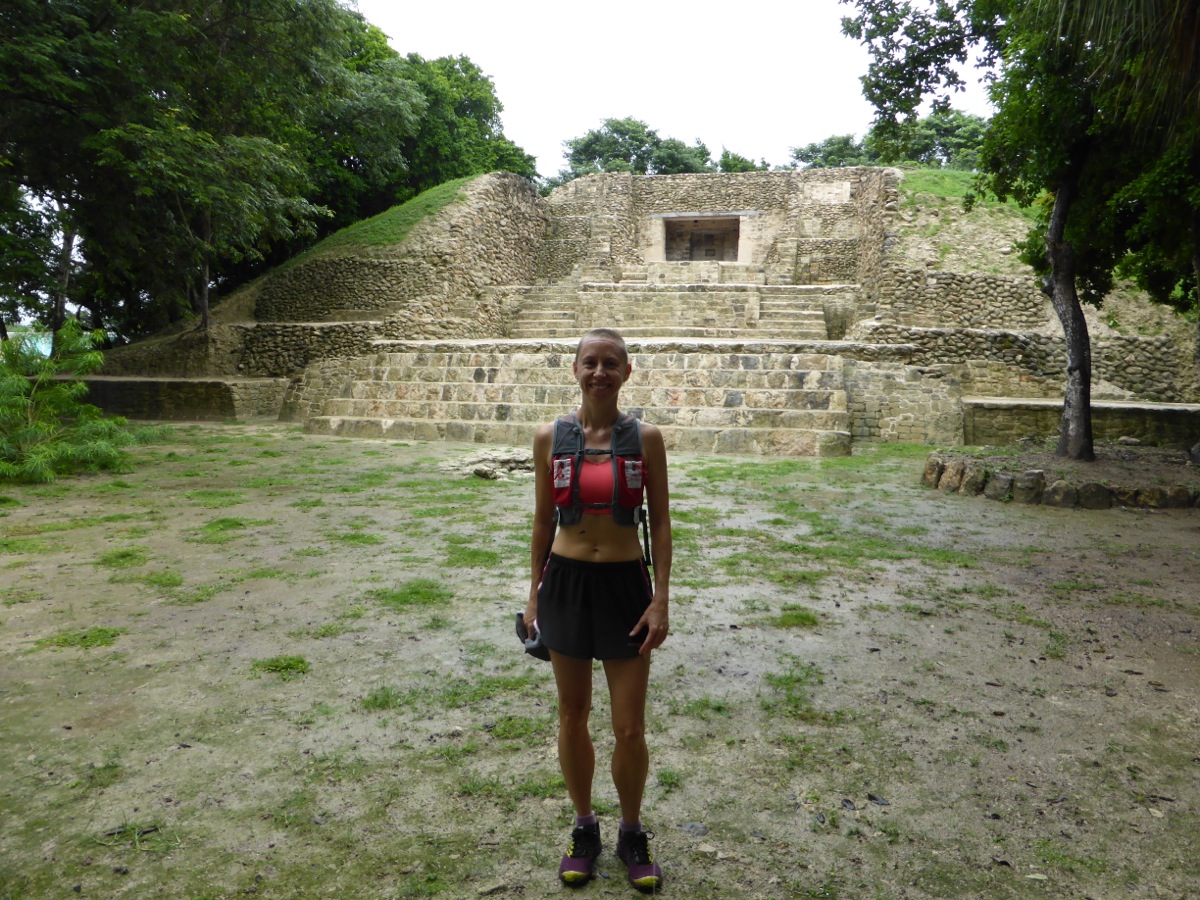 After two nights it was time to make our departure for San Pedro on caye Ambergris, and on Saturday morning, the hotel manager Gwyn saved us the $3.50 taxi ride to the airstrip by dropping us off himself in his 1985 Mercedes Benz TURBODIESEL.

Bev’s thumbs up: Sea Breeze hotel and friendly staff; getting cheered by all who saw us running!
Bev’s thumbs down: nothing

There are 8 comments. Add yours