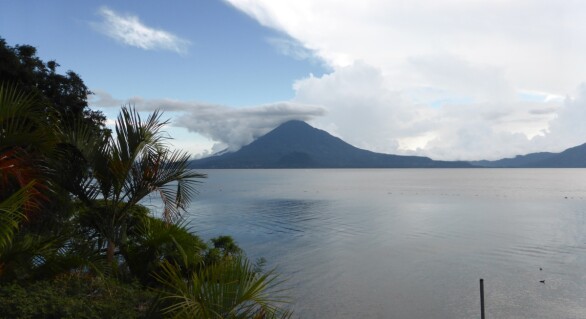 We were thinking about how to summarize the 16 days in Panajachel in a way that would be interesting and short enough so as not to discourage readers from reading it (is it just me or is it rather common these days for people to have seriously short attention spans – I blame the internet, what with all those hyperlinks…). As we ran through the list of things that we’ve done and seen while in Panajachel on Lake Atitlan, we quickly realized that it is a long list with many loco adventures and perhaps the best way to tell the tale is simply to stick to a simple, summarized listing with some photos. So here goes. 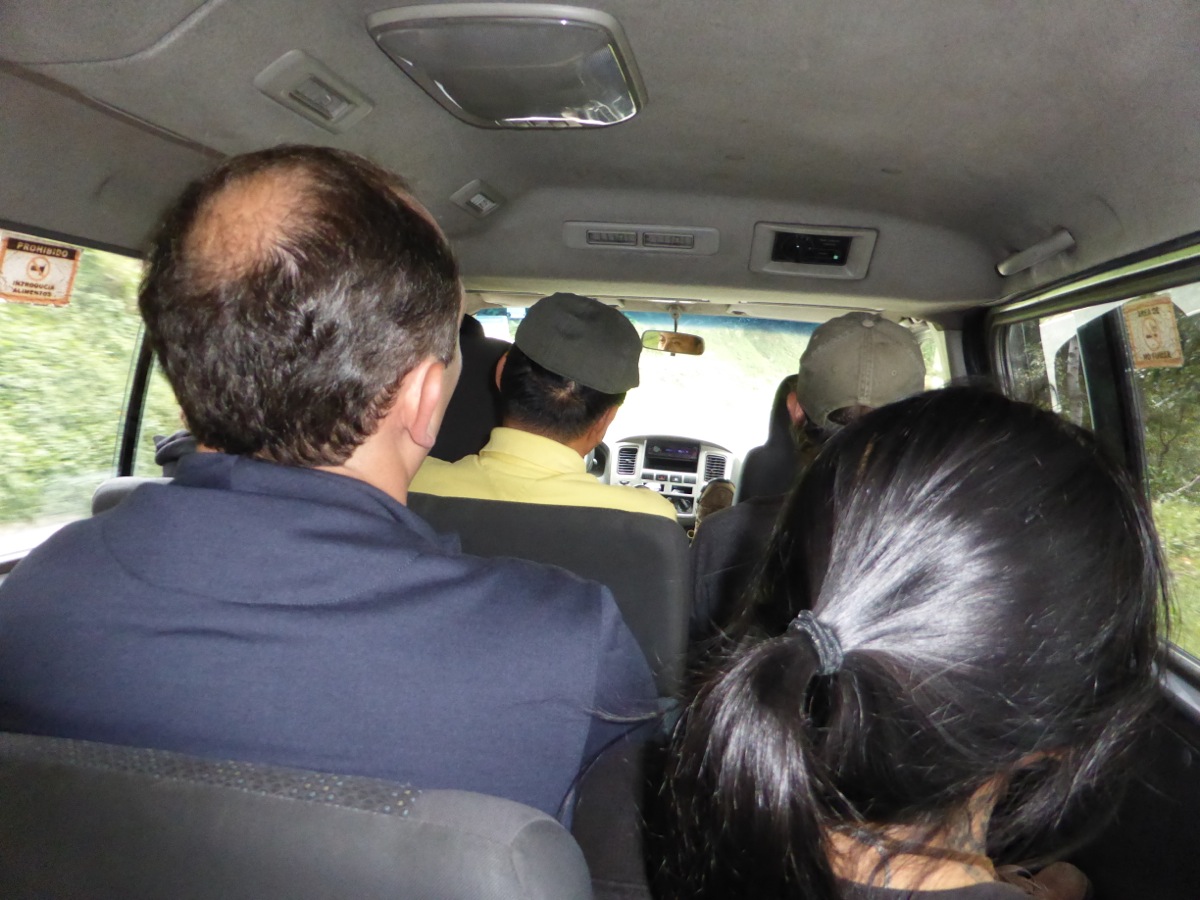 Spent two nights in a hostel on the main drag, Calle Santander, where we met two german motorcycle riders who are riding their off road touring bikes (Dakar rally style BMWs) from San Diego to Tierra del Fuego (the southernmost tip of South America). 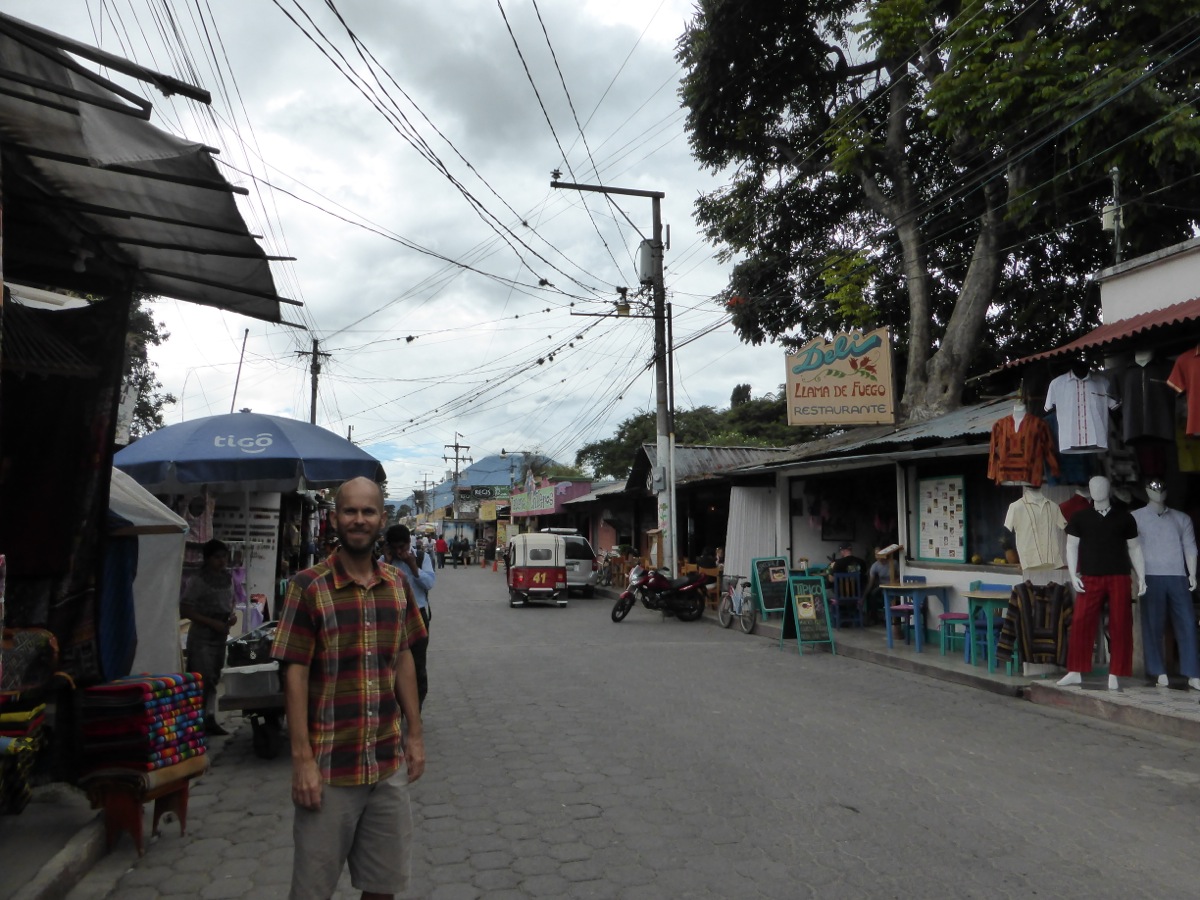 Took two very educational and entertaining weeks of Spanish school – learned enough Spanish to get by (well, so far we think so – will let you know…)

Where the Spanish lessons went down 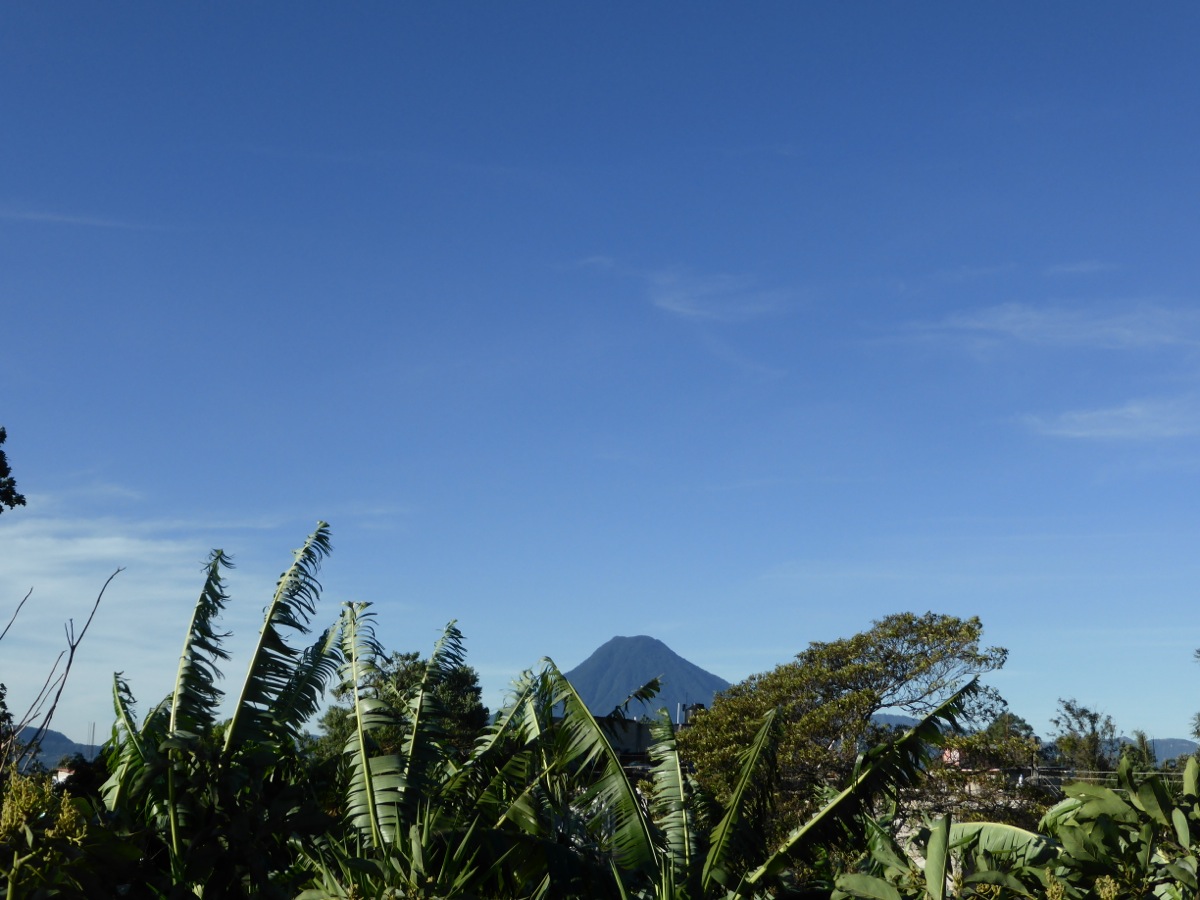 The view from Spanish school

Lived with a Guatemalteco (Guatemalan) family while in Spanish school. Spent meals (3x a day) learning about life in Panajachel (and Guatemala) in slow, broken and usually hilarious Spanish conversations with our homestay mother, Magda. 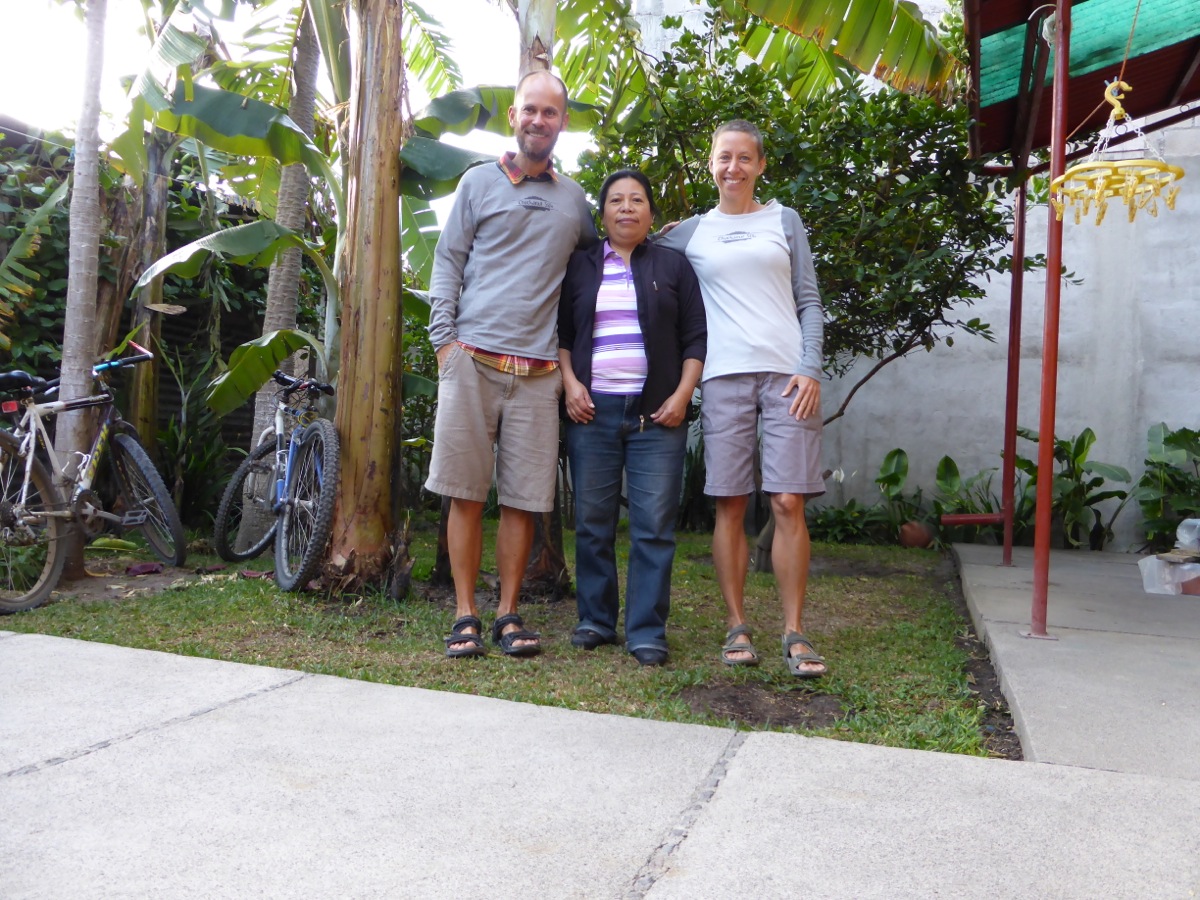 Got the living sense scared out of us (before we understood the custom) of super loud firecrackers going off at 5:30AM. 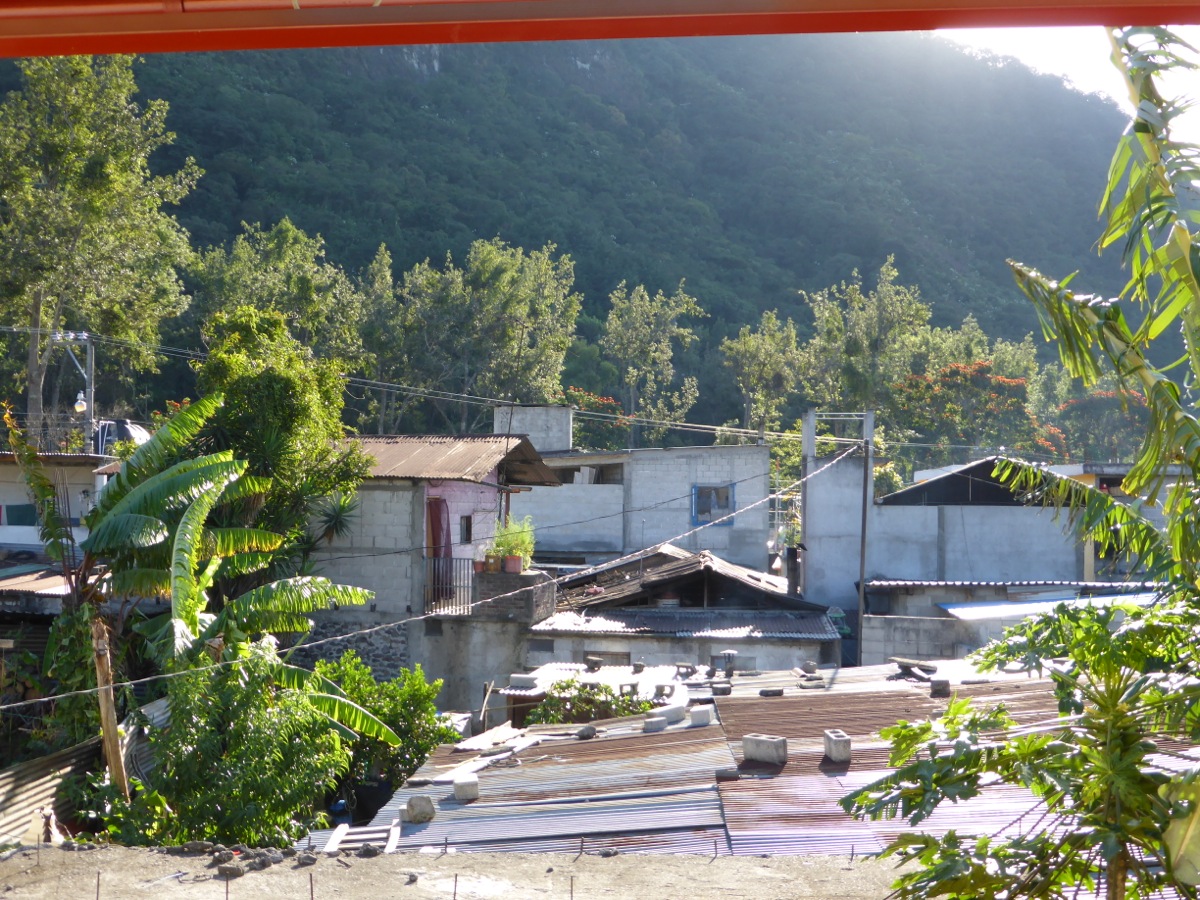 Apparently it is customary to set off firecrackers early in the morning to celebrate (and wake up) any child in a household’s birthday. This happens every morning.

Ran the extremely challenging and spectacular Lake Atitlan Challenge Marathon (42.2km) – a race called one of the top 10 challenge marathons in the world by ESPN. 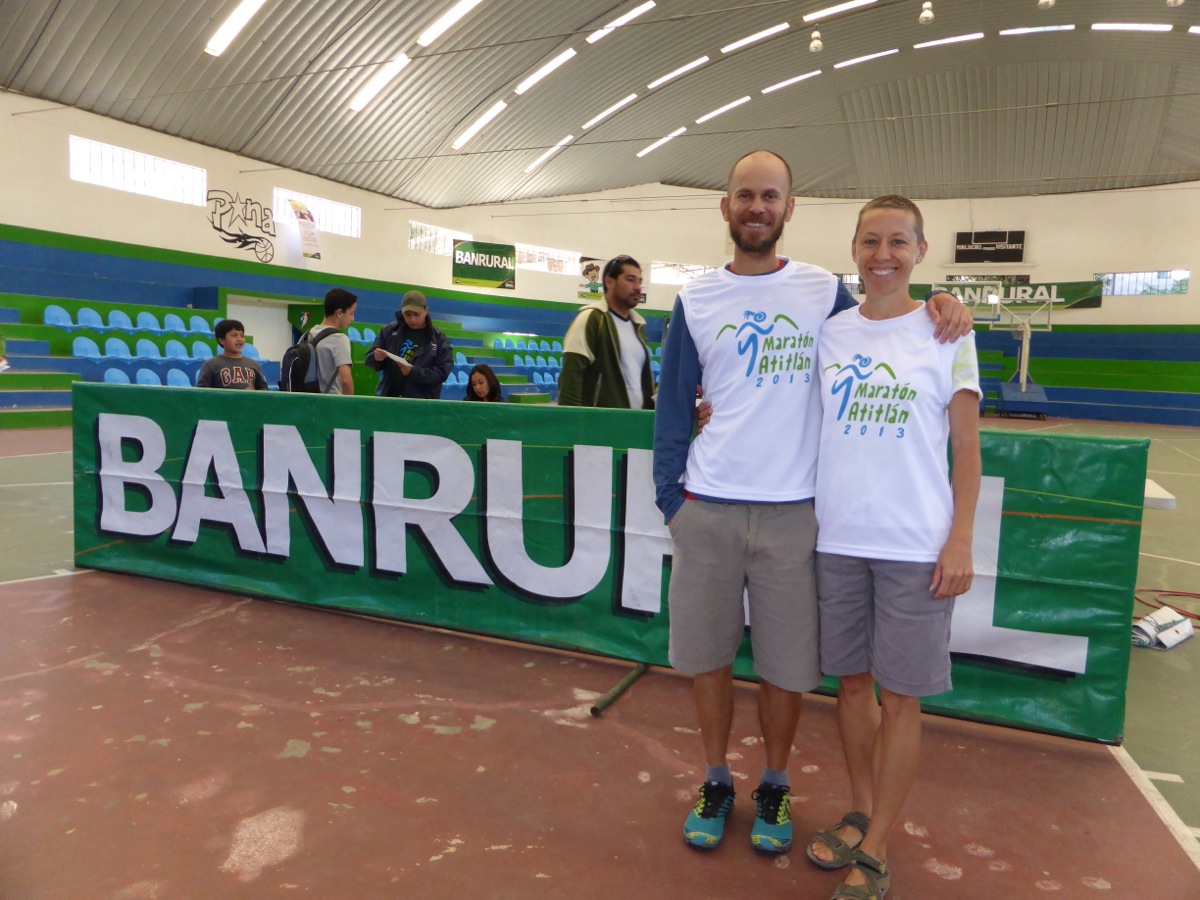 Bev placed second in her age group (how amazing is that?) and she won a night’s accommodation for two, including breakfast, in a luxury hotel on the lake – OK, yay! 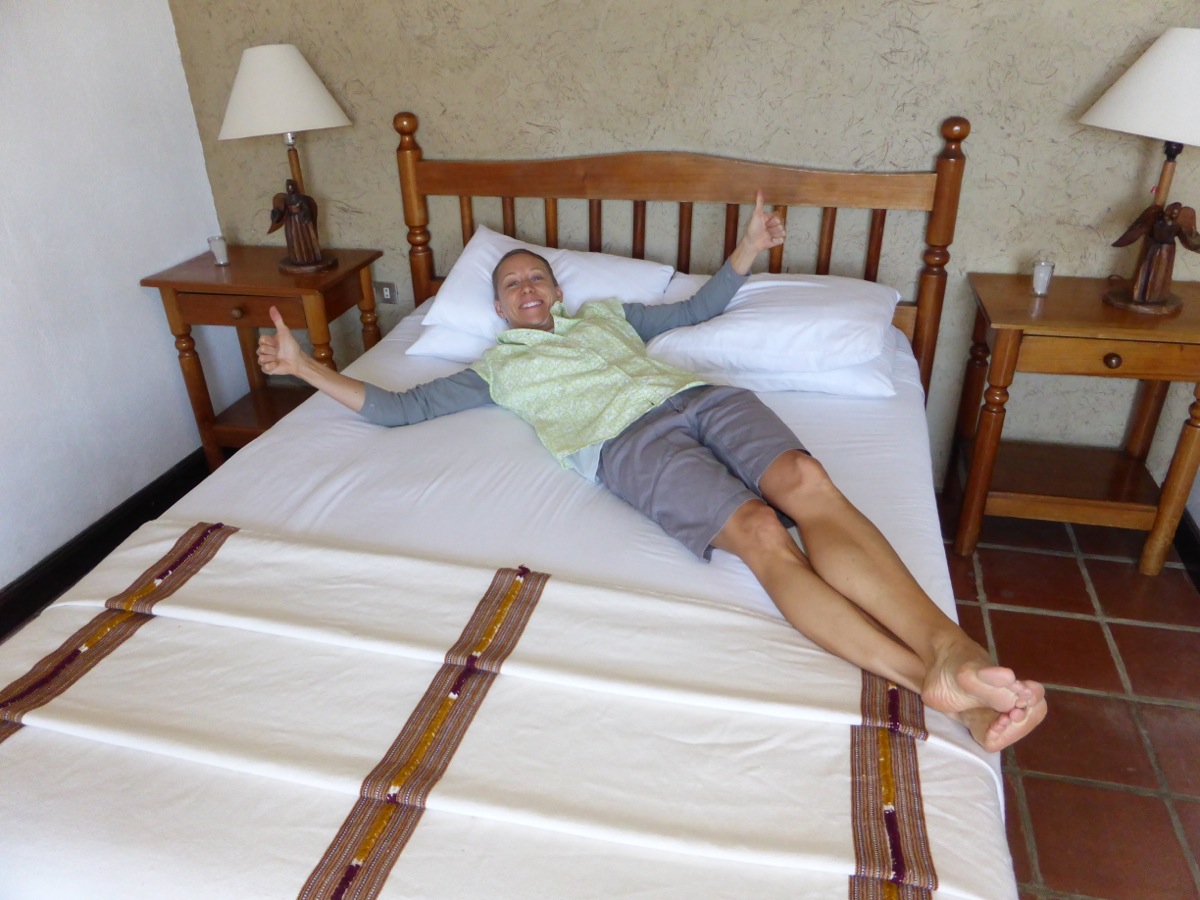 The winner on her prize bed 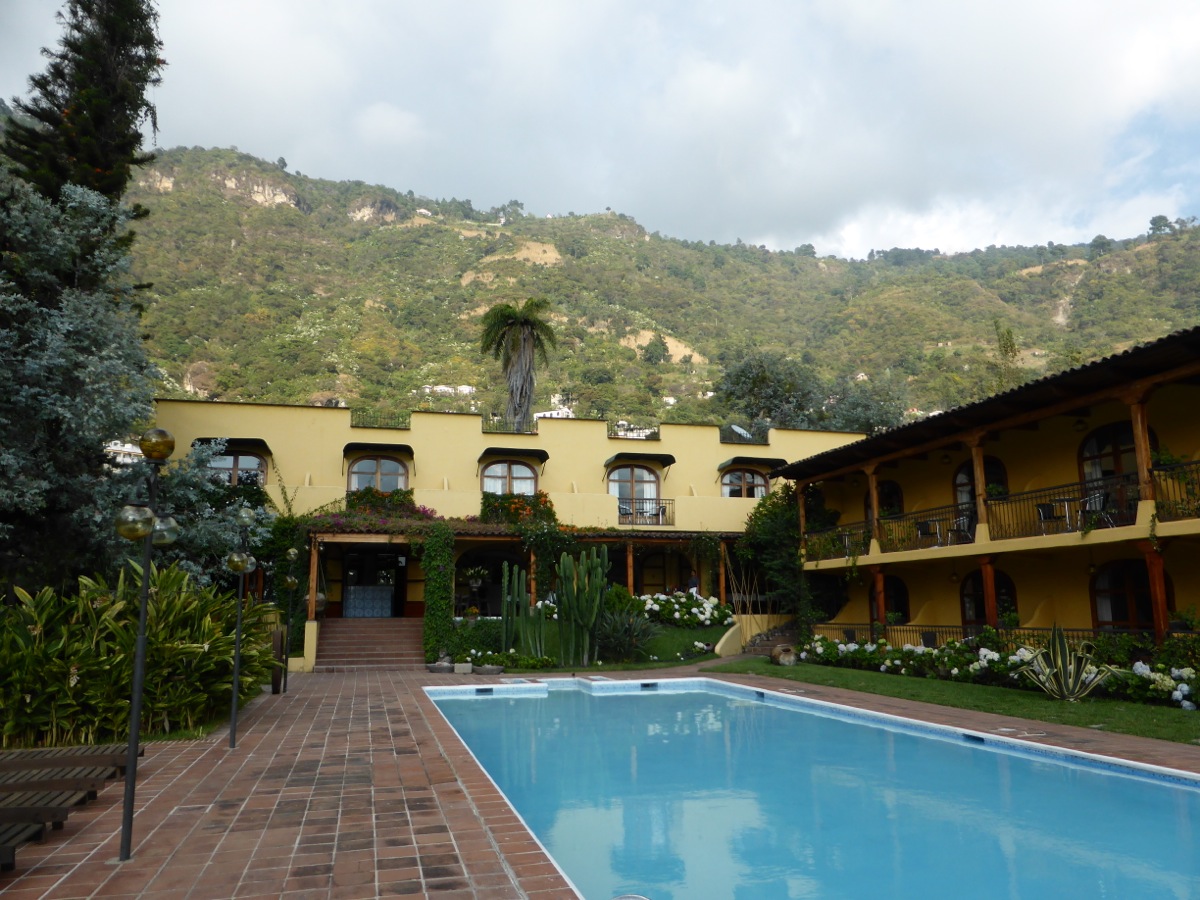 The pool at the hotel 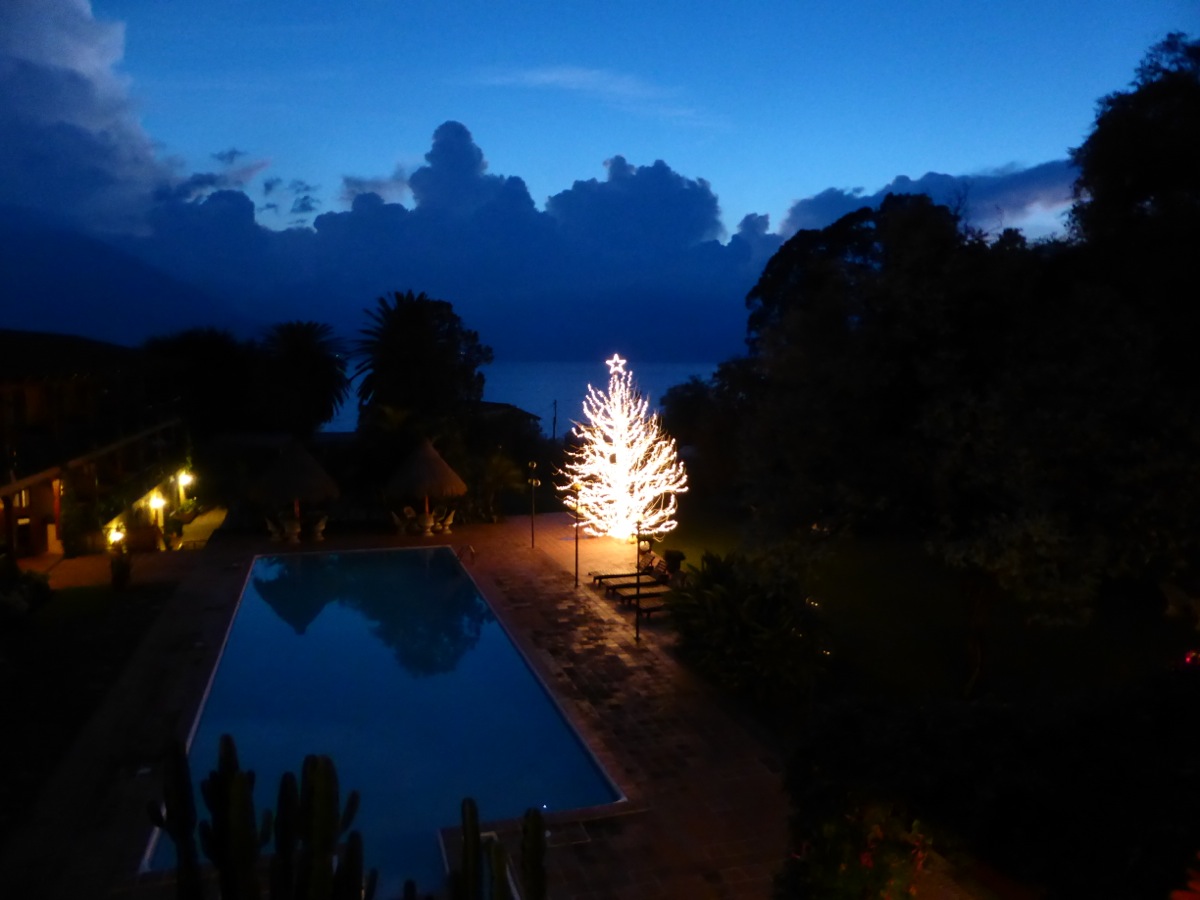 The Christmas tree lit up at night, as seen from our room

Took a couple of lanchas (powerboat taxis) across the lake to explore some of the other villages on the lake. 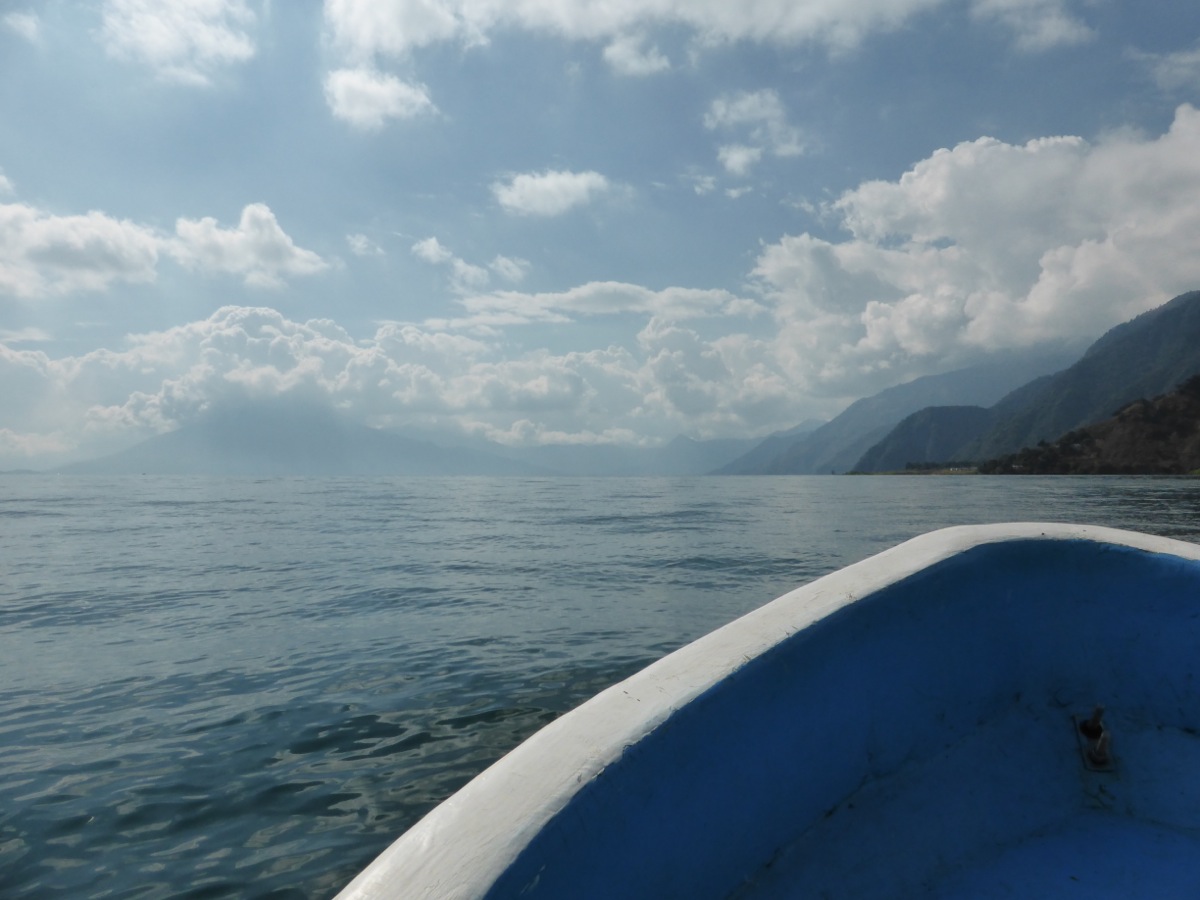 On one of the many lanchas

Hiked up and down a volcano (the Volcan de San Pedro, with a maximum elevation of 9,908ft). 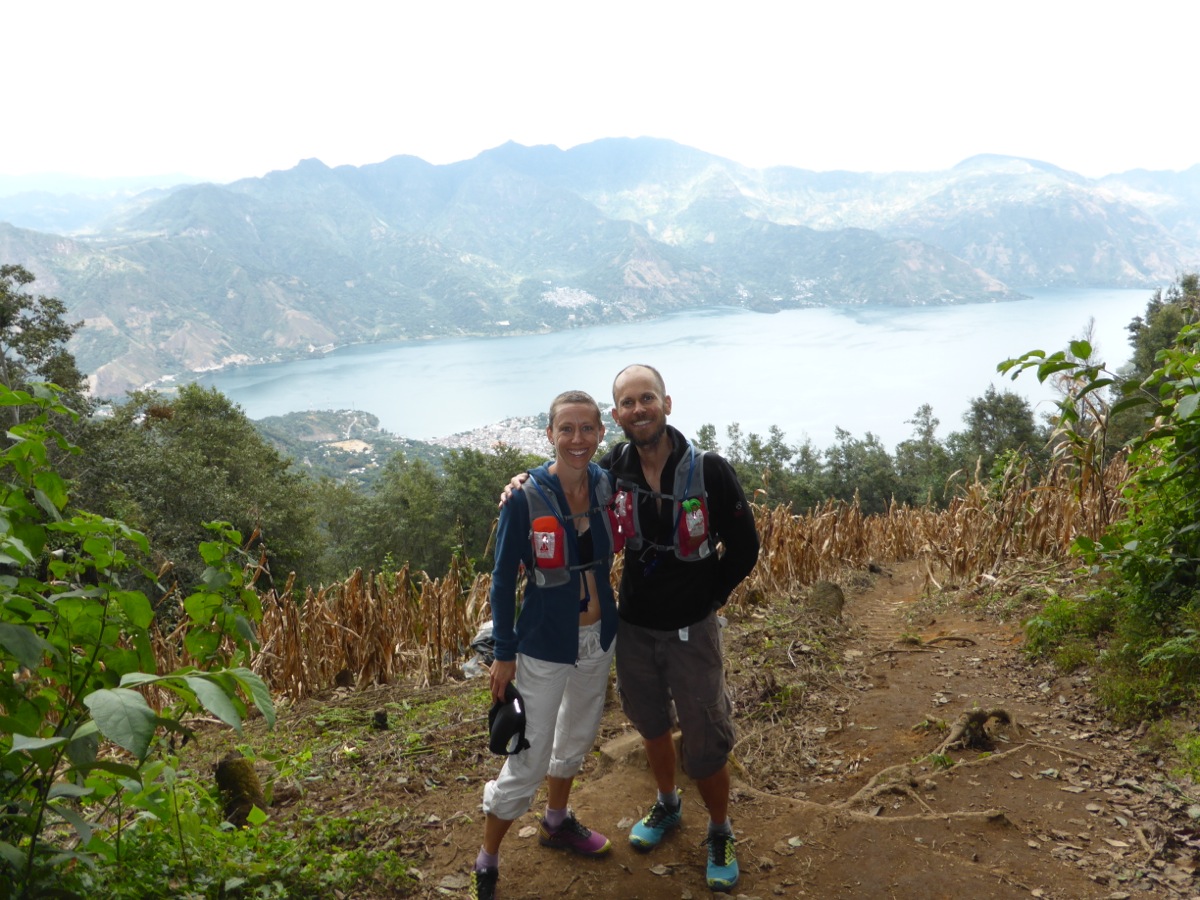 View from halfway back down the volcano

Walked around town by foot and rode as passengers on the ever-present Tuk-Tuks.

Rode on the back of a “picop” (a regular pick-up truck with a series of metal bars installed in the back to allow people to hold on while standing on the back), a regular mode of taxi transport in these parts. One one occasion there were 20 of us on the back!

Watched a fascinating parade of costumed dancers – part of the Catholic Christmas traditions in the area. 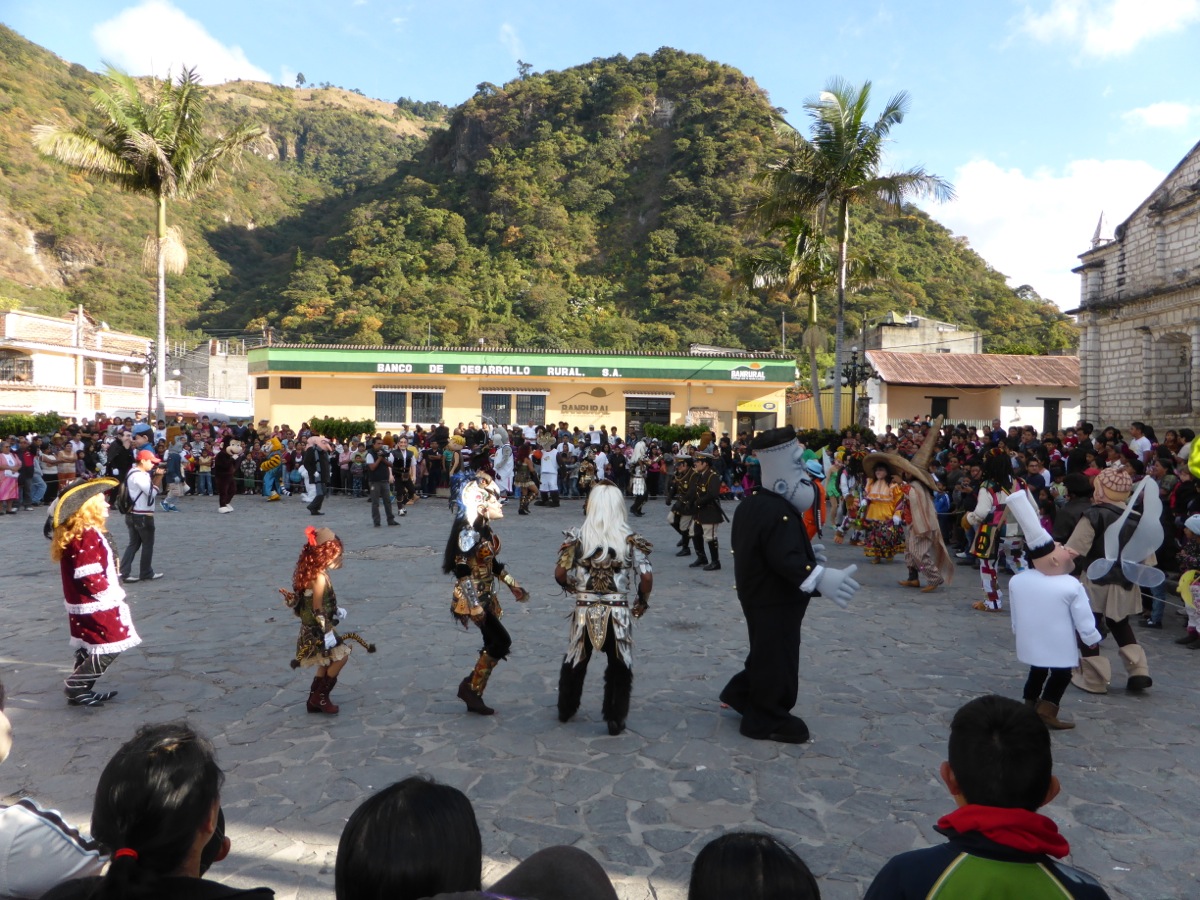 Generally had a fantastic time!
Really enjoyed the Guatemalteco people – they are very friendly and generous, and rather loud!

Bev’s thumbs-up: being challenged by a new language, colourful Guatemalan/Maya fabrics, smoothies at La Pitaya in Panajachel…and placing in the marathon!
Bev’s thumbs-down: 3 days of freezing cold and strong winds

There are 3 comments. Add yours