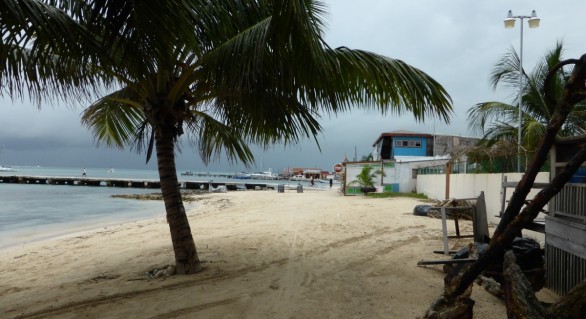 After a relaxing couple of days in Corozal it was time to move into island mode and we set off for San Pedro on Ambergris Caye (the cayes are a series of small islands in the Caribbean Sea just off the east coast of Belize). Our original plan called for a reasonably priced ferry ride (on the Tunderbolt Line) over to San Pedro, but as mentioned in the post: “From Crooked Tree to Corozal” the ferry was out of service and we either had to fly over from Corozal or take a bus down to Belize City and catch a different ferry (The Belize Express) from there. Once we heard that the regional airline, Mayan Island Air, was offering a deal to match the usual Thunderbolt ferry prices we made the very easy decision to go by plane. And so we arrived in San Pedro on Ambergris Caye in style, not at all in backpacker mode, but by “jetting” in on a 3-seater Cessna 182. The flight over from Corozal was pretty cool, taking us the 70km or so towards the east in just over 20, scenic minutes. (Check out the video above to experience our bird’s-eye view of part of the flight: 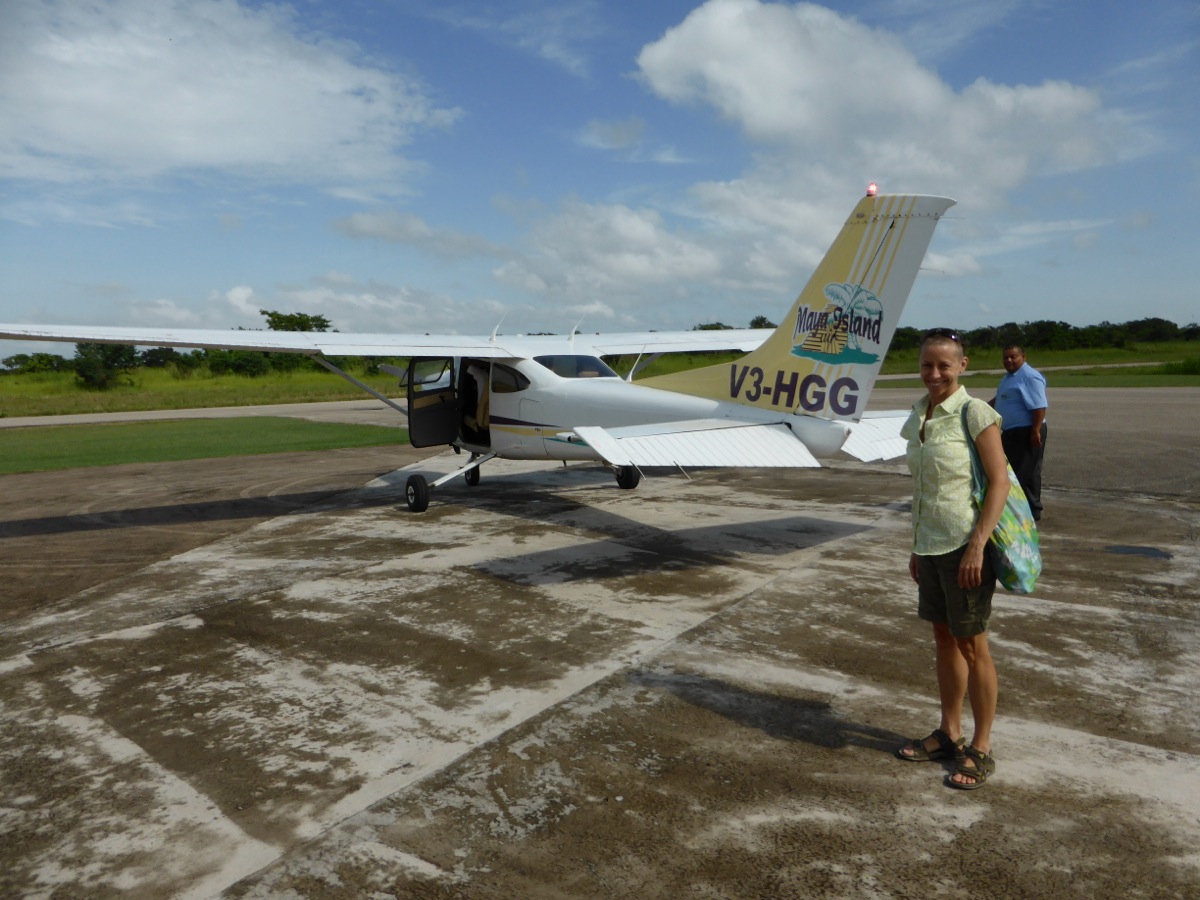 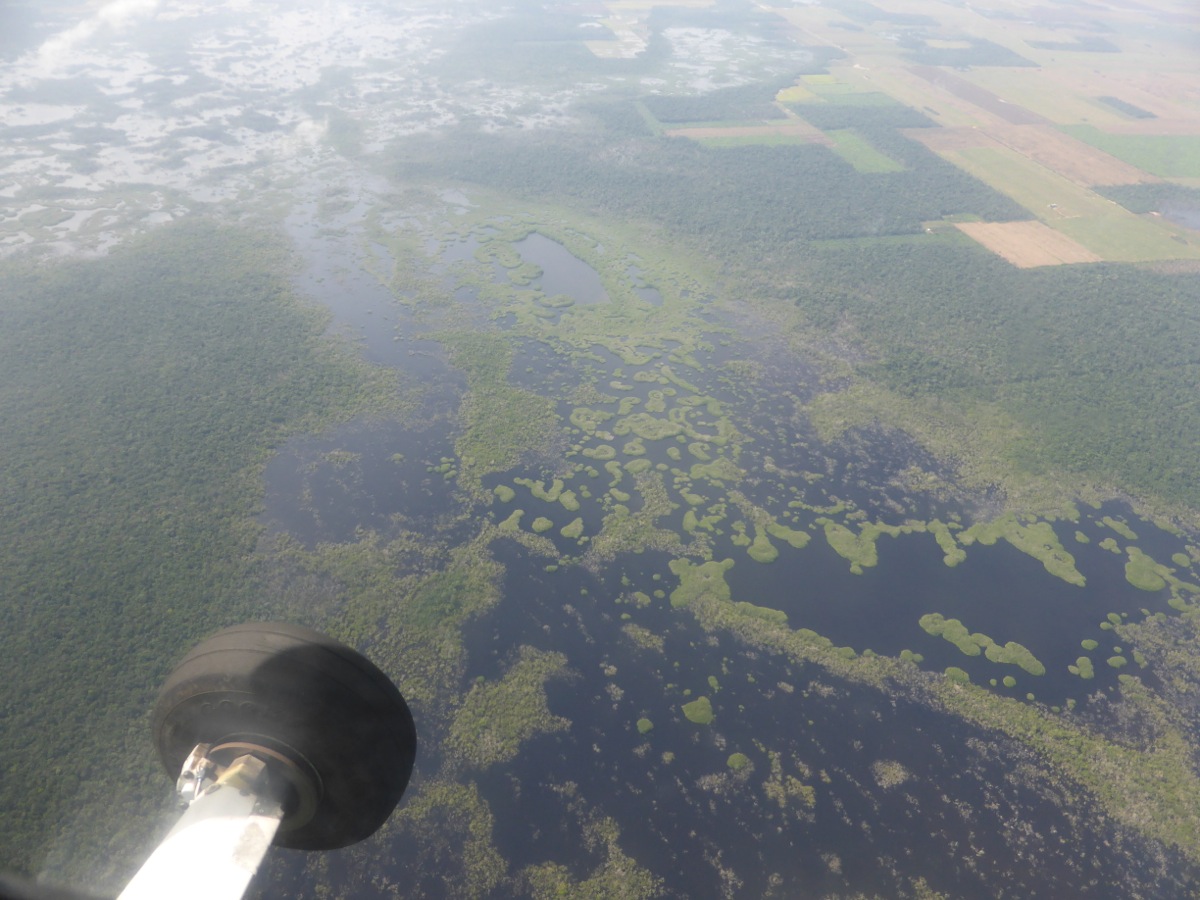 Somewhere over the east coast of Belize

San Pedro itself is a tiny, “vibey”, and loud, beach-side village with a (permanent) population of just over 13,000 people, and has been immortalized in pop culture by Madonna in her song “La Isla Bonita”. The entire island is tiny and most of the traffic on it is of the golf cart variety, and trust me, there is a lot of it on the streets on San Pedro – you actually have to leave the little “downtown core” before you can ease into the laid back island rhythm. And to be honest, we didn’t really find that rhythm here (we’ll only truly discover “laid back” once we hit Caye Caulker in a few day’s time). For such a small village we were really surprised by how busy it was! 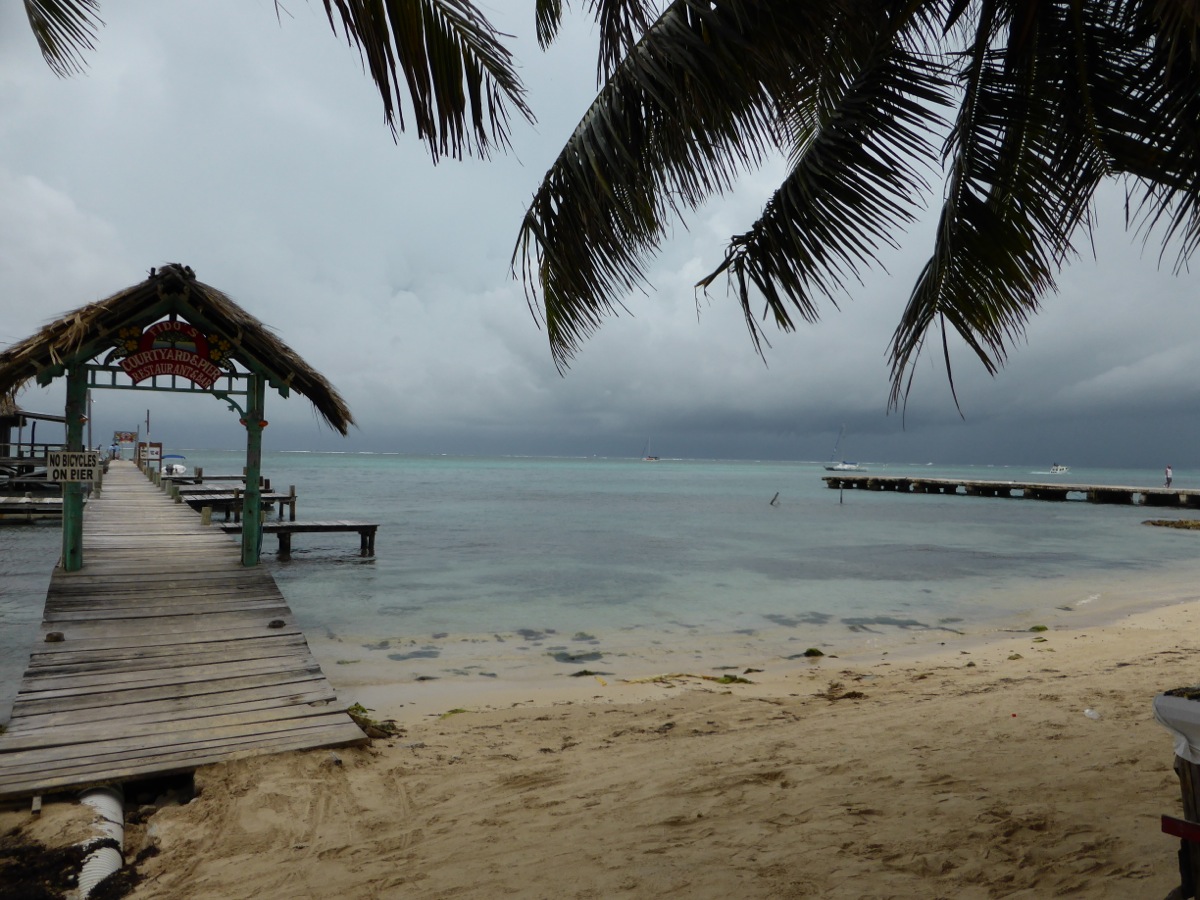 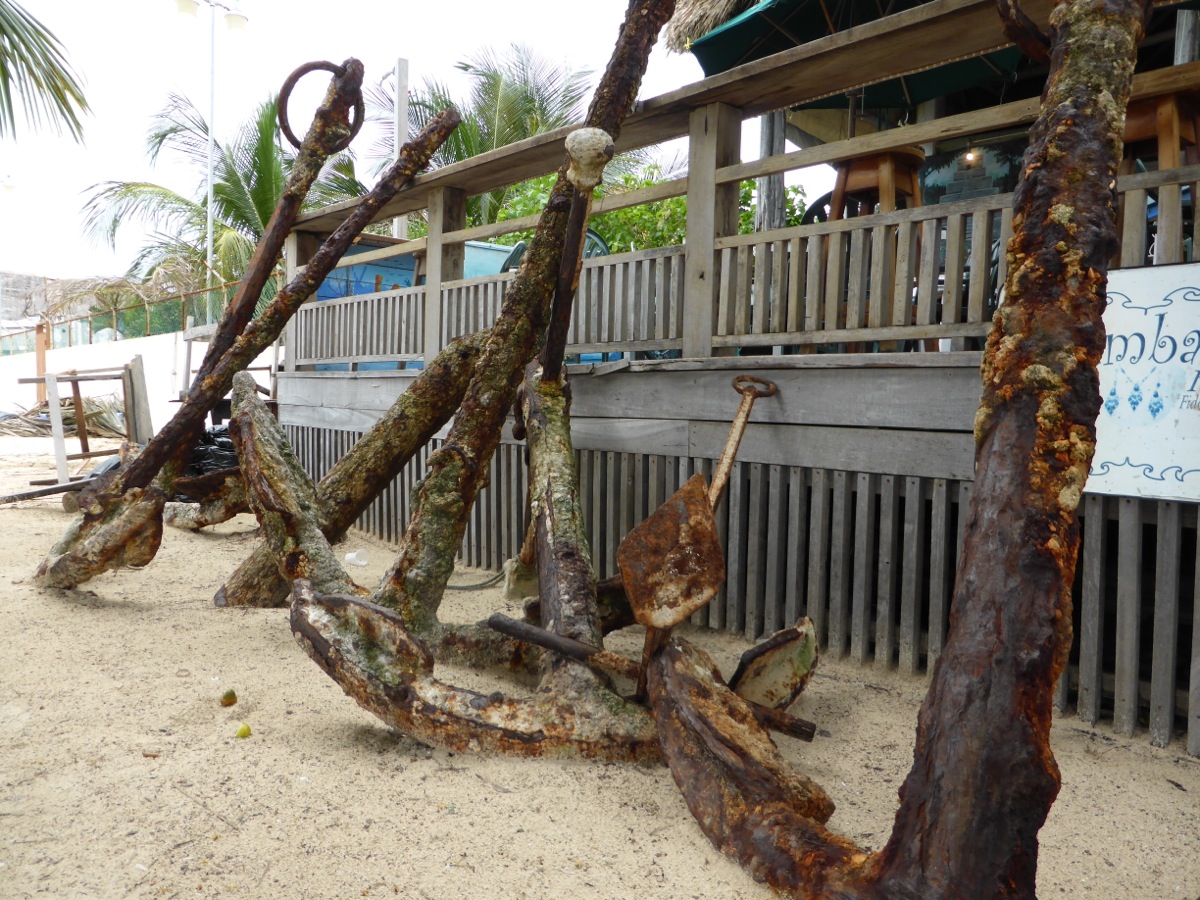 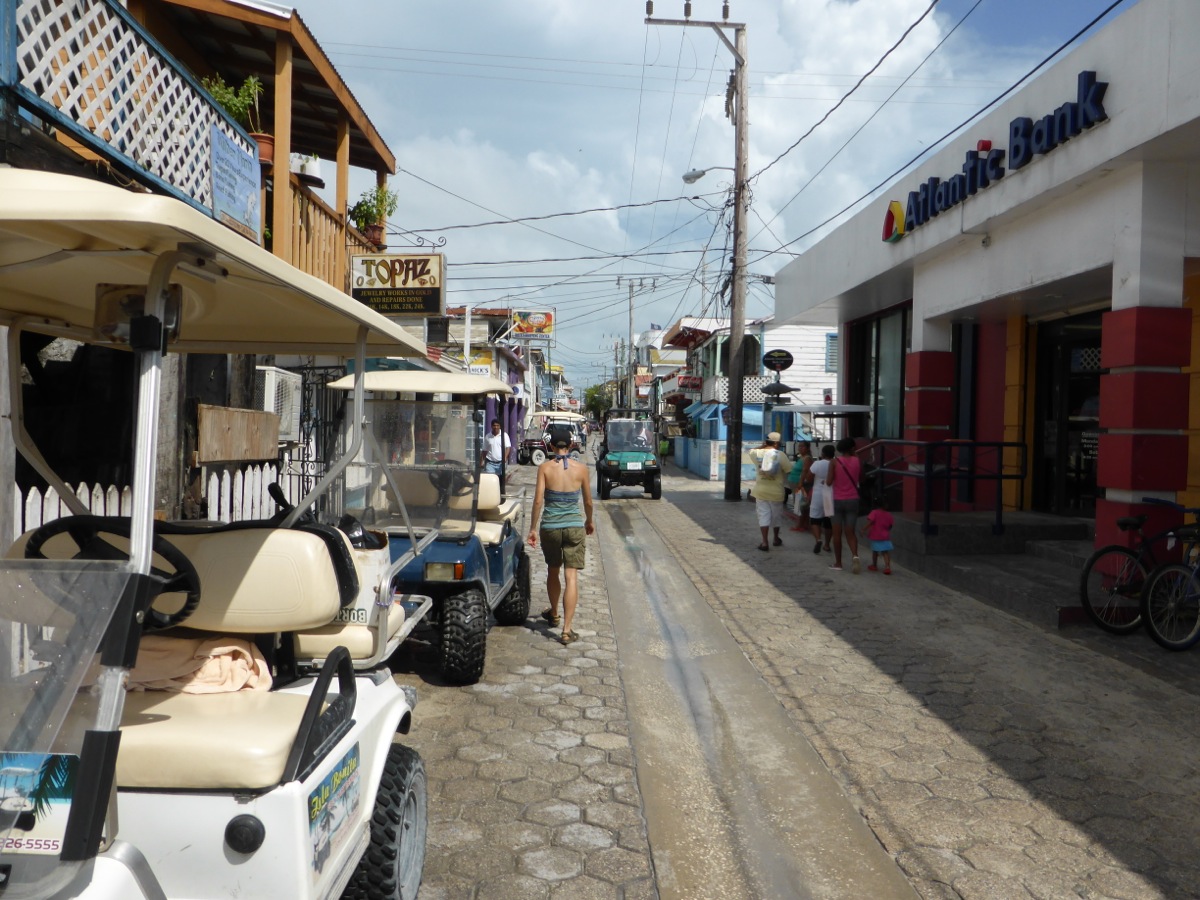 The island has seen a fair amount of tourist related development in the past 20 years (which is about how long Madonna’s song has been around) and has become a bit of a resort and retirement community for relatively wealthy north Americans while the locals are still very poor by western standards, but all seem to get along well and there wasn’t any time that we felt uncomfortable.

Upon arrival we walked the 200 yards from the airstrip to the beach where we easily found our lodgings at a very basic, budget “hotel” called Ruby’s Hotel. Ruby’s is located right on the beach and we stationed ourselves here for three nights. We really enjoyed the location which afforded easy access to a few convenience stores and the beach, obviously. 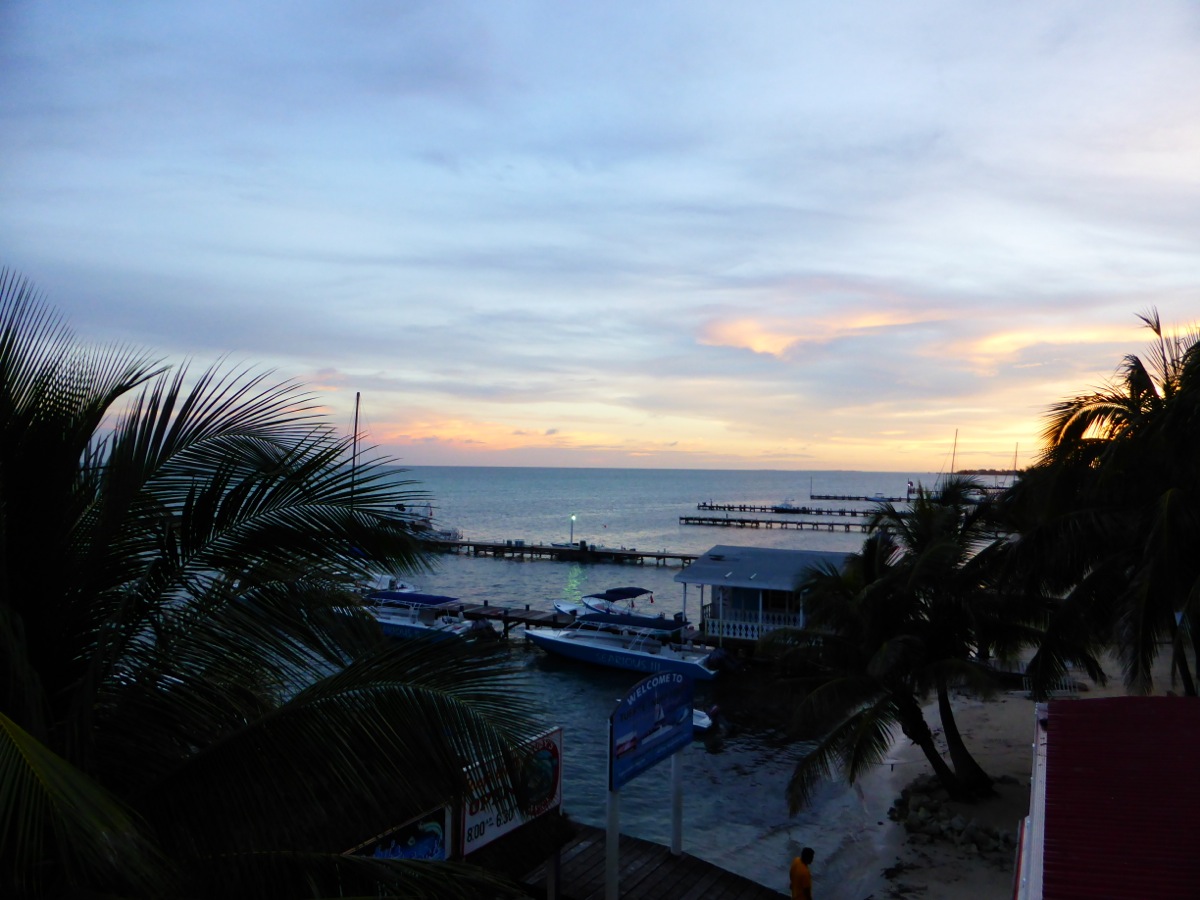 The location also proved to be Ruby’s downfall (at least for a couple of 40’ish-somethings like Bev and me), as there are a number of beach side bars located within a stone’s throw of Ruby’s and on both Saturday and Sunday nights we battled some seriously loud parties until around 3AM – not exactly awesome since we wanted to get up early for our runs (before the temperature started to rise).

Speaking of running, San Pedro (and Ambergris) proved to be rather runner non-friendly as there simply wasn’t much room to run and the streets that do exist there are busy (yeah, they’re only golf carts but the result of getting hit by one would still be unsatisfactory) and superbly uneven (crazy cobblestone). All that said, we did clock close to 30km over the few days in San Pedro. 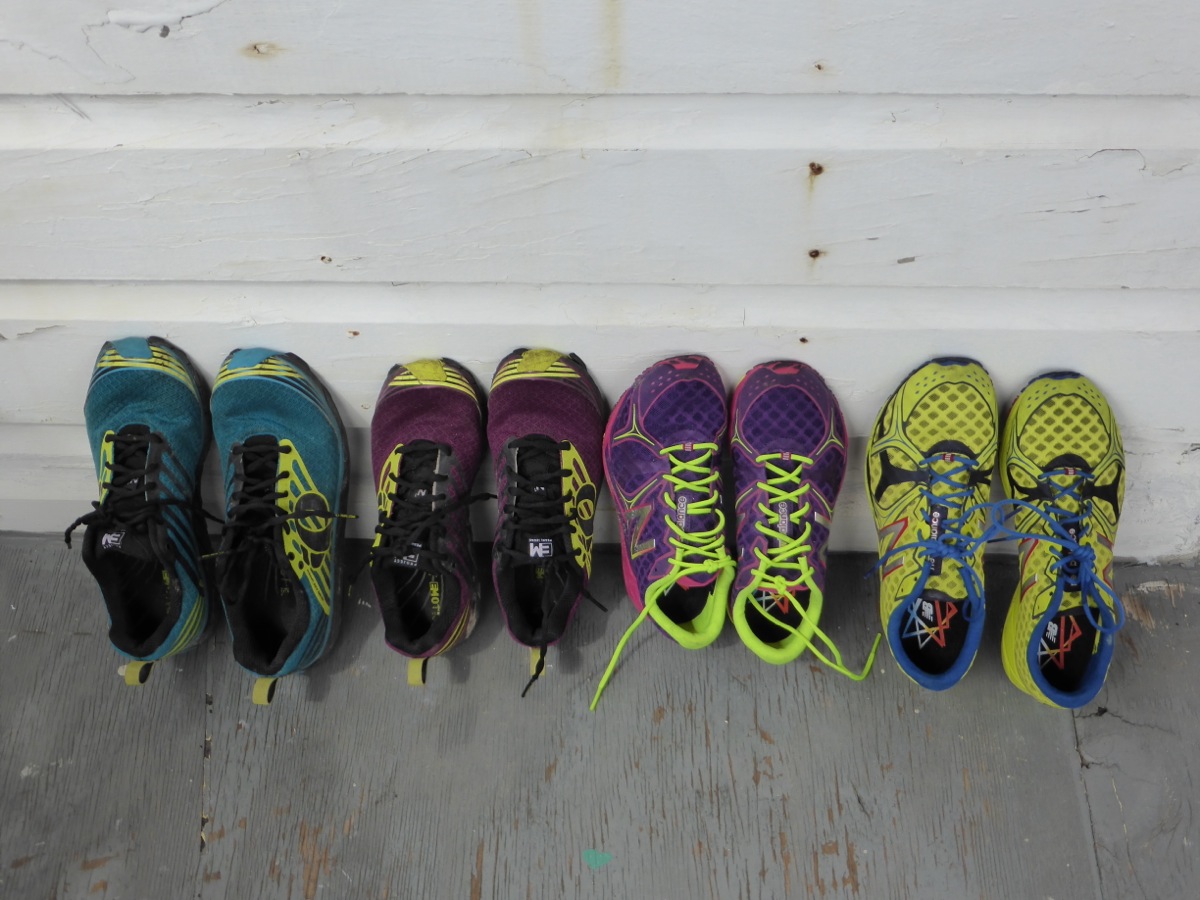 Some of our running shoes…

All in all we enjoyed San Pedro, but after three nights we were ready to move on to what promised to be a more laid back spot: Caye Caulker. 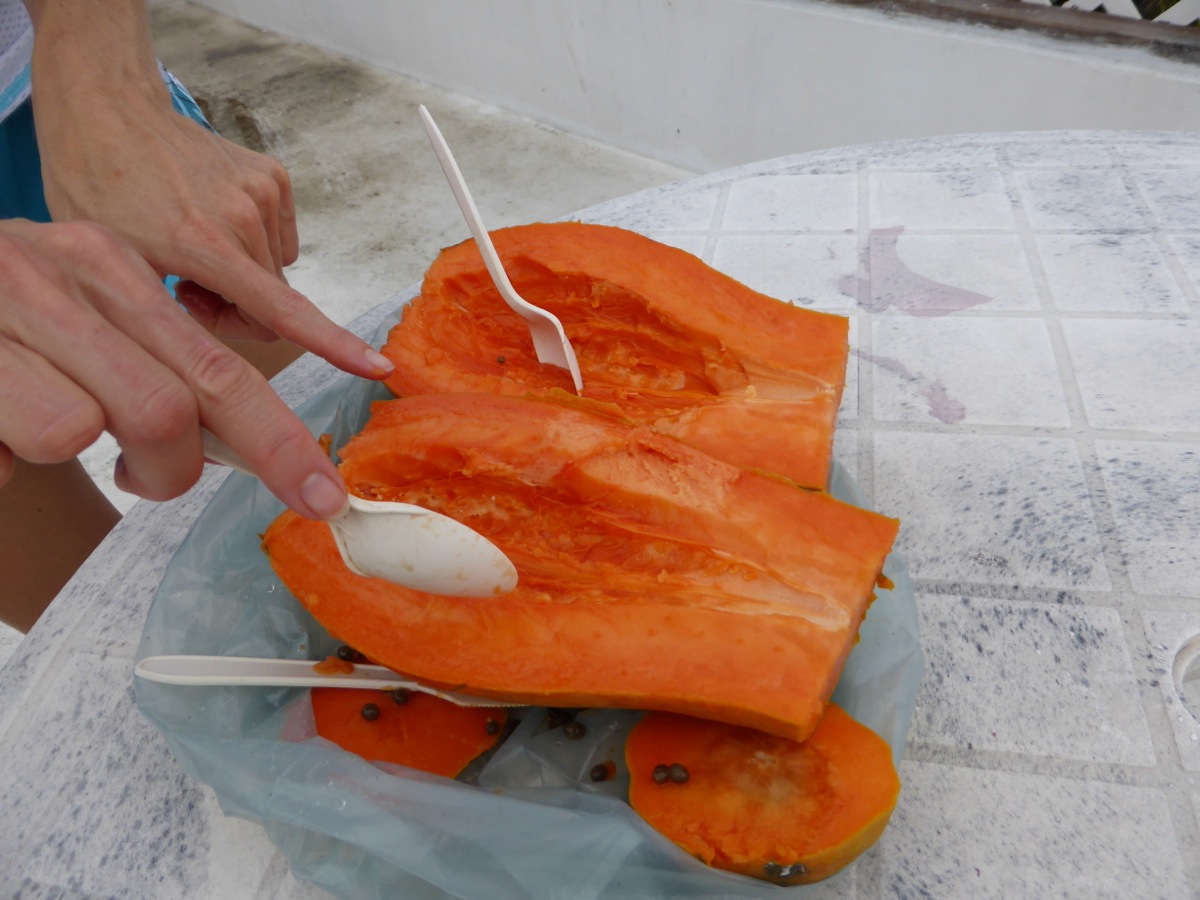 Richard’s thumbs down: super loud and semi-agressive sounding partying right next to our hotel

Bev’s thumbs up: swimming off the dock at Ramon’s Village 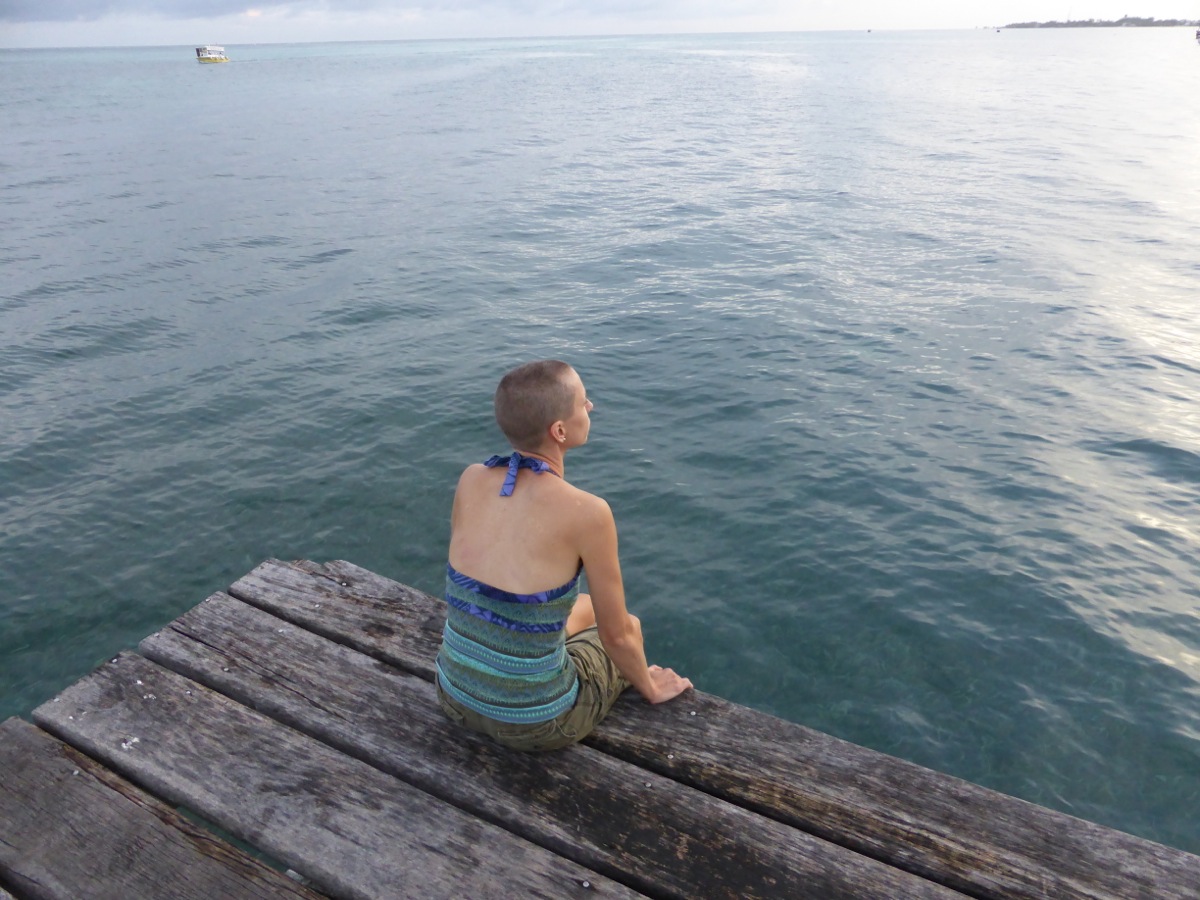 There are 4 comments. Add yours