Posted by Richard on 2nd September 2013 in RUN: SOUTH AFRICA with 1 comment 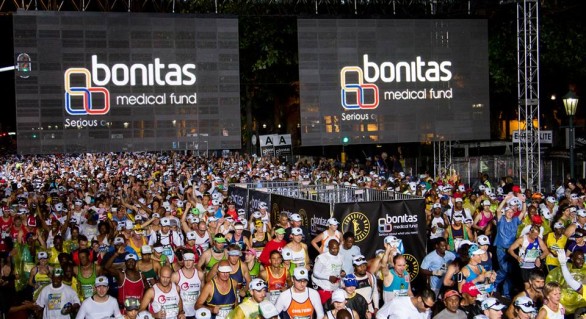 “The Comrades Marathon is the world’s oldest and largest ultramarathon run over a distance of approximately 90 km | 56.1 miles between the capital of the Kwazulu-Natal Province of South Africa, Pietermaritzburg, and the coastal city of Durban.” – Comrades Marathon

The Comrades Marathon captures the imagination of almost everybody in South Africa, whether a runner or not. The entire 12 hour event is broadcast on national television, with hours of pre-race analysis and prognostication and training tips being published on a variety of media platforms – TV, radio, print – in the weeks and months leading up to the event. Around 18,000 runners enter the race, with about 15,000 excited and anxious souls toeing the line come race-day (due to pre-race attrition due to injuries and other unforeseen circumstances).

The first edition took place on May 24, 1921, and with the exception of the early 1940’s, due to World War II, has taken place every year since. Having grown up in South Africa, and having spent many hours watching this race on TV, it occupies a special place in my childhood memories. (For more on the history of this storied event, click here).

I had the great fortune to participate in this incredible event in 2011, an “up-run”, and yesterday Bev and I signed up to take on the “down-run” version of this amazing race in 2014. I can’t wait for Bev to experience the energy and emotion that make up this truly unforgettable day of running.