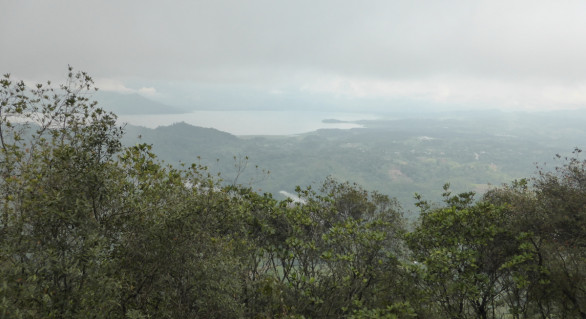 We found running in Central America to be quite challenging, and Honduras was no exception. Although there are several organised ultra races and multi-day stage events in the region, the idea of running still seems rather foreign to the locals. Runners out in running gear thus attract a fair amount of attention, and it’s not always positive. Stories abound of tourists being relieved of their cash, cameras, and smartphones. Luckily, we never had to deal with anything more serious than heckling from the odd ill-behaved local while running.

Honduras was our next destination after having a really wonderful time visiting Guatemala. Beautiful Guatemala left us feeling excited and energised, and we had to mentally prepare ourselves for Honduras, a country of ill repute. According to the UN, the country reported 7,200 homicides in 2012. With only 7.9 million inhabitants, this number translates to the highest homicide rate in the world. The main transportation hub, the city of San Pedro Sula, is practically impossible to avoid for the backpacking trail runner and is universally recognised as the world’s most dangerous and violent city.

Understandably, we were slightly edgy while on the road in this beautiful country. However, we would not be deterred, and armed with our adventurous spirits and our common sense fully loaded, we boarded a bus from Rio Dulce in Guatemala for la frontera de Honduras at the town of Copan Ruinas. This beautiful little town provided a wonderful introduction to Honduras, leaving us confident that there would indeed be real value to experience in this oft maligned country. Copan Ruinas offered us a number of great road runs, including a run that took us to the amazing pre-Columbian Mayan ruins, a UNESCO World Heritage site, which gives the town its name.

It wasn’t until we made our way to the unimaginably humid cloud forests, staying in the hard to reach village of Los Naranjos for a few days, that we managed to scope out a legitimate trail run. After speaking to the wonderful staff at D&D Brewery and Lodge, founded by a craft brewer from Virginia in the US, we mapped out a run which would take us into and through a part of the Cerro Azul Meámbar National Park just to the east of the vast Lake Yojoa, the largest lake in Honduras with a surface area of 79 km2. 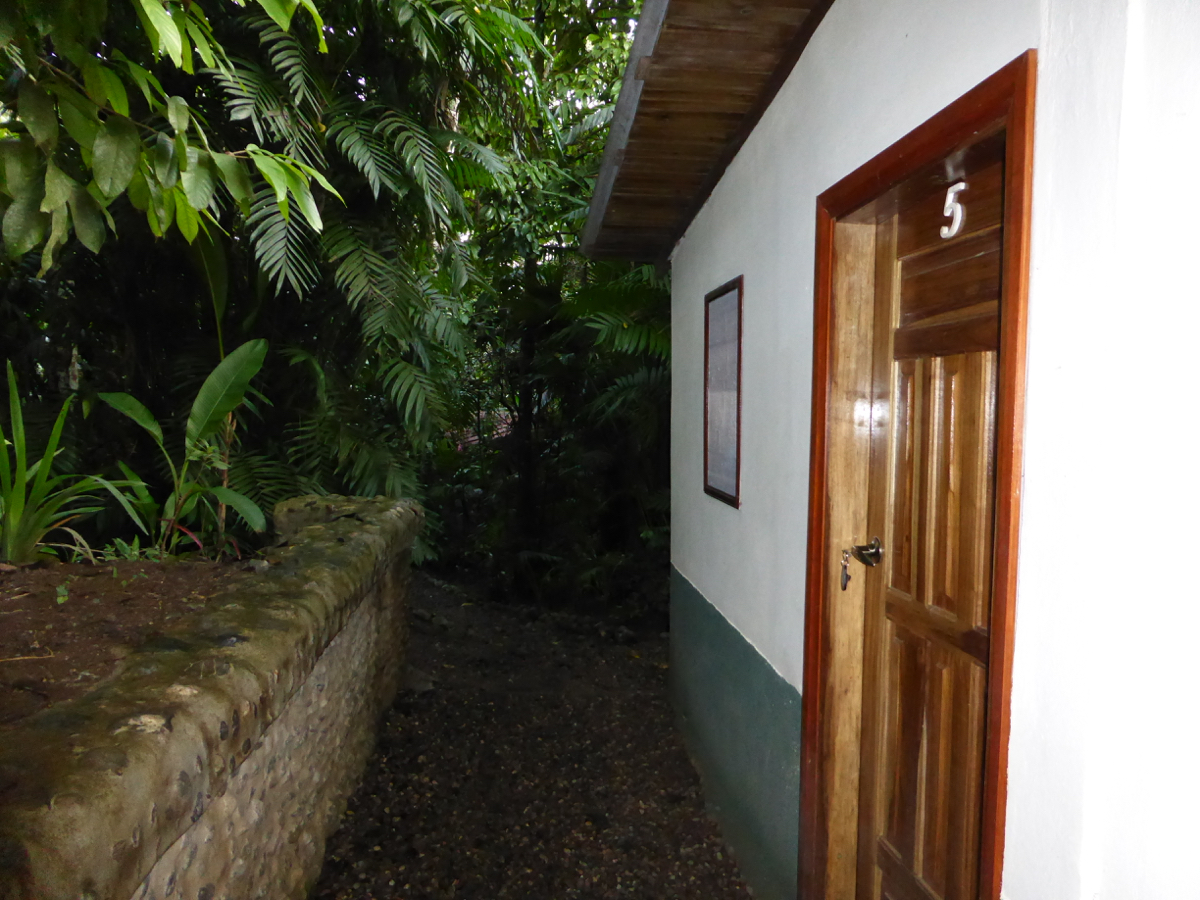 D&D Brewery also has a lodge!

With its many waterfalls and dense foliage, it provided an amazing playground. The running, however, was tough. The trail was slippery, steep, and gnarly (read: super technical).  The steepness, of course, also provided a number of spectacular views. This was also the first time that one of us ran – literally – into wildlife, when a small bird flew directly into Bev’s head, luckily leaving no permanent damage! After taking in just over 25km of this rugged beauty, which included more than 1,200m of elevation gain, we were ready to head back to our lodge at D&D Brewery, where we knew a delicious pale ale, and awesome vegan bean burritos were waiting. 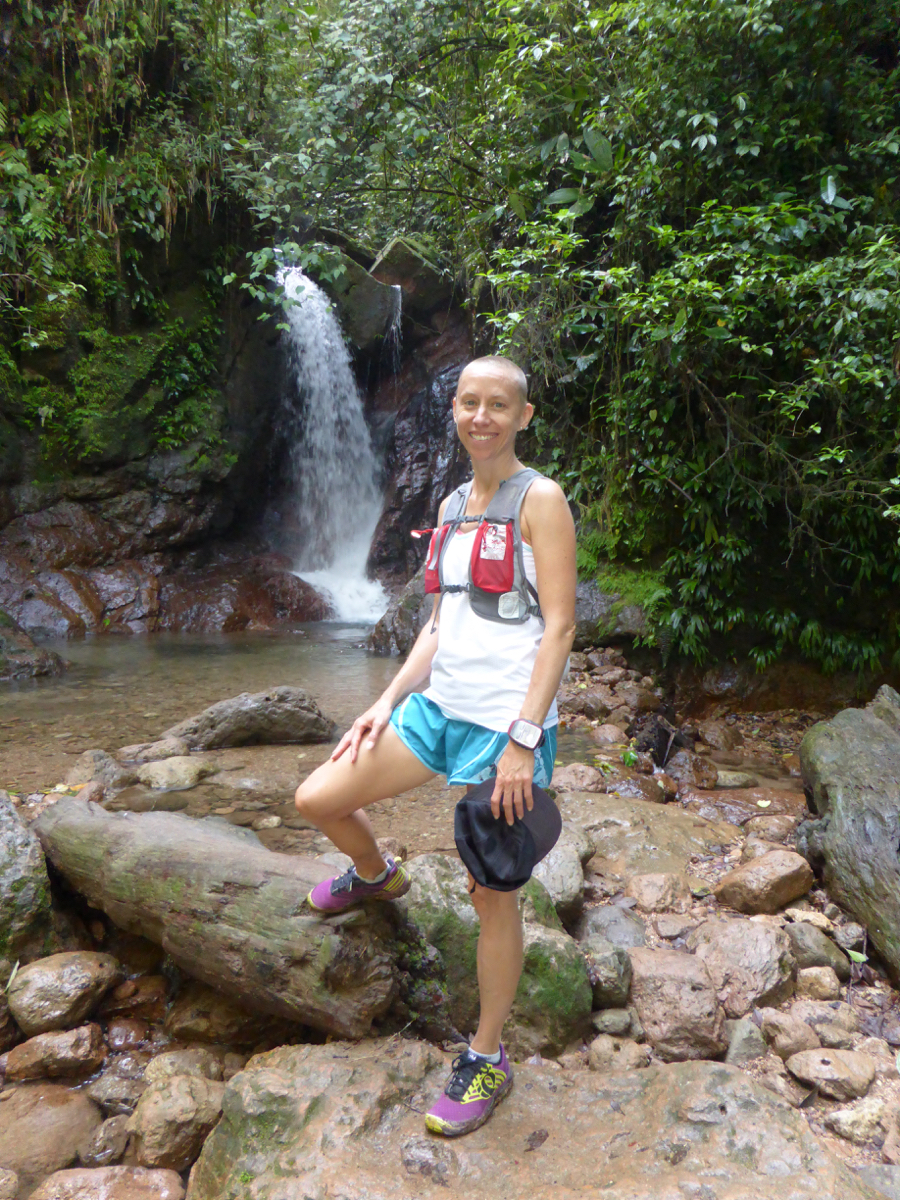 One of the many waterfalls in the Cerro Azul Meambar 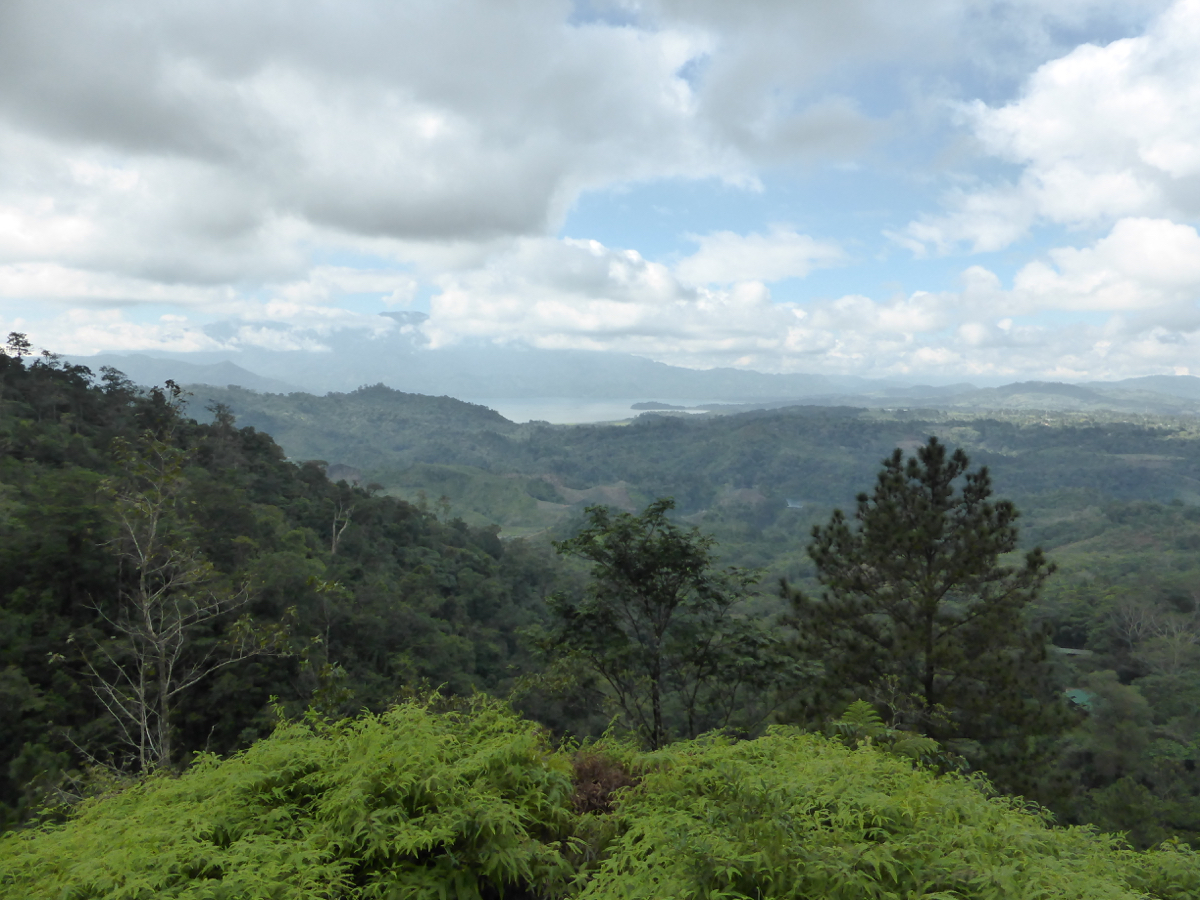 Gorgeous views in the park 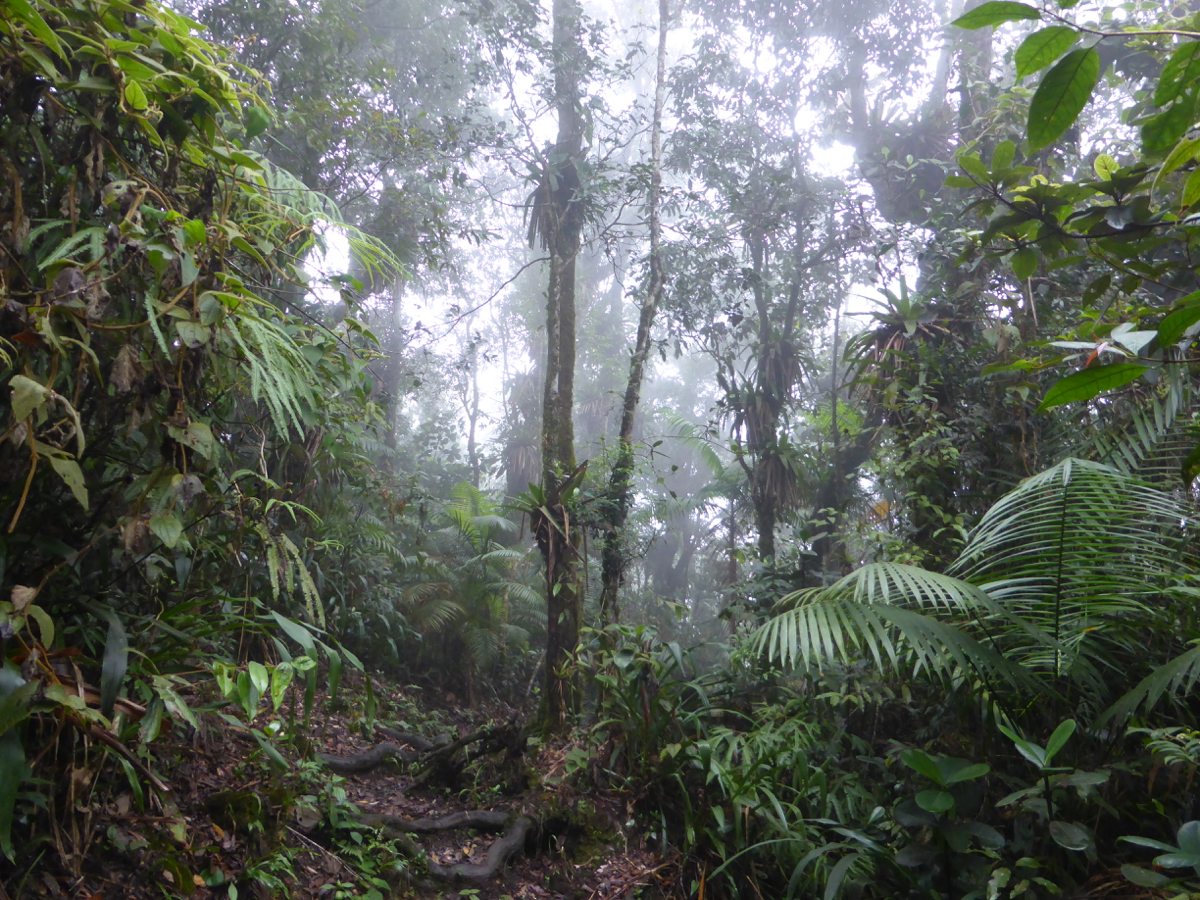 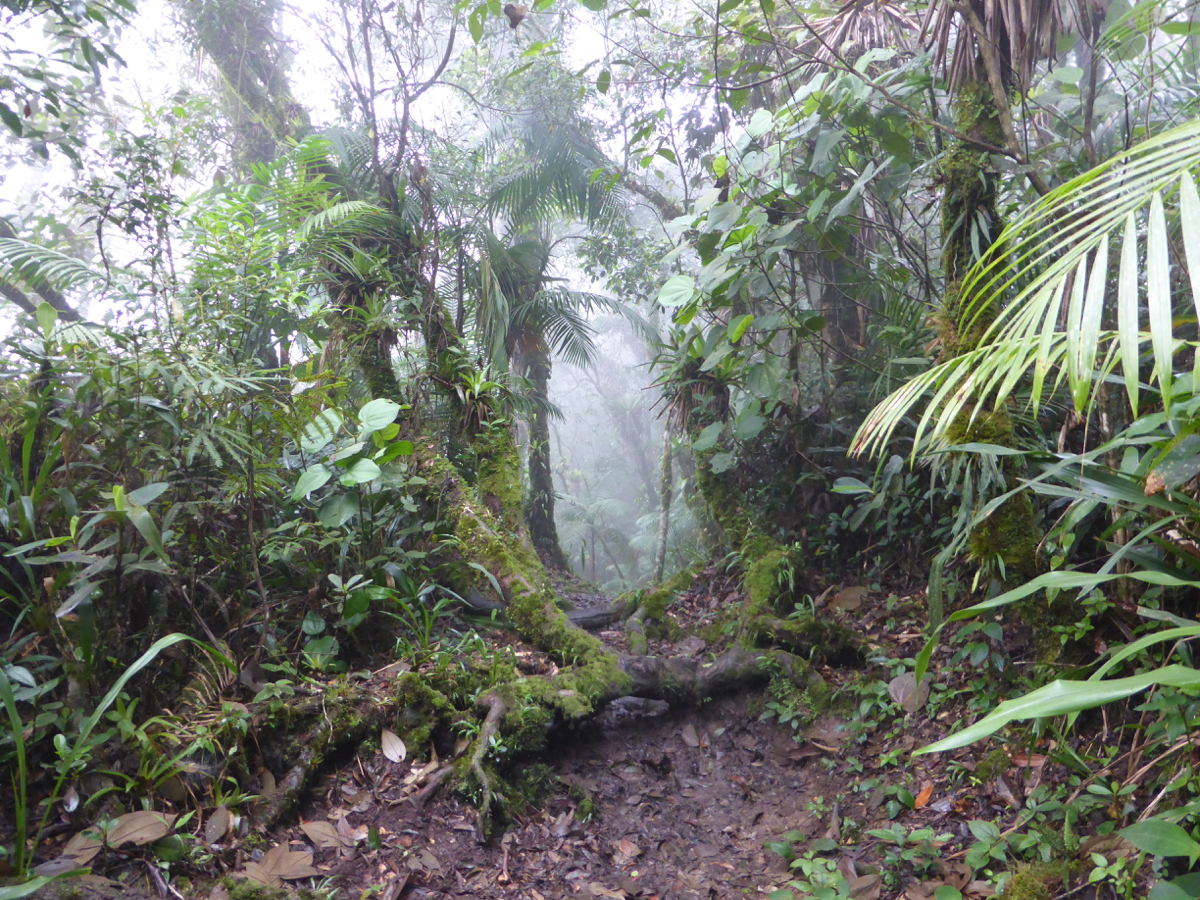 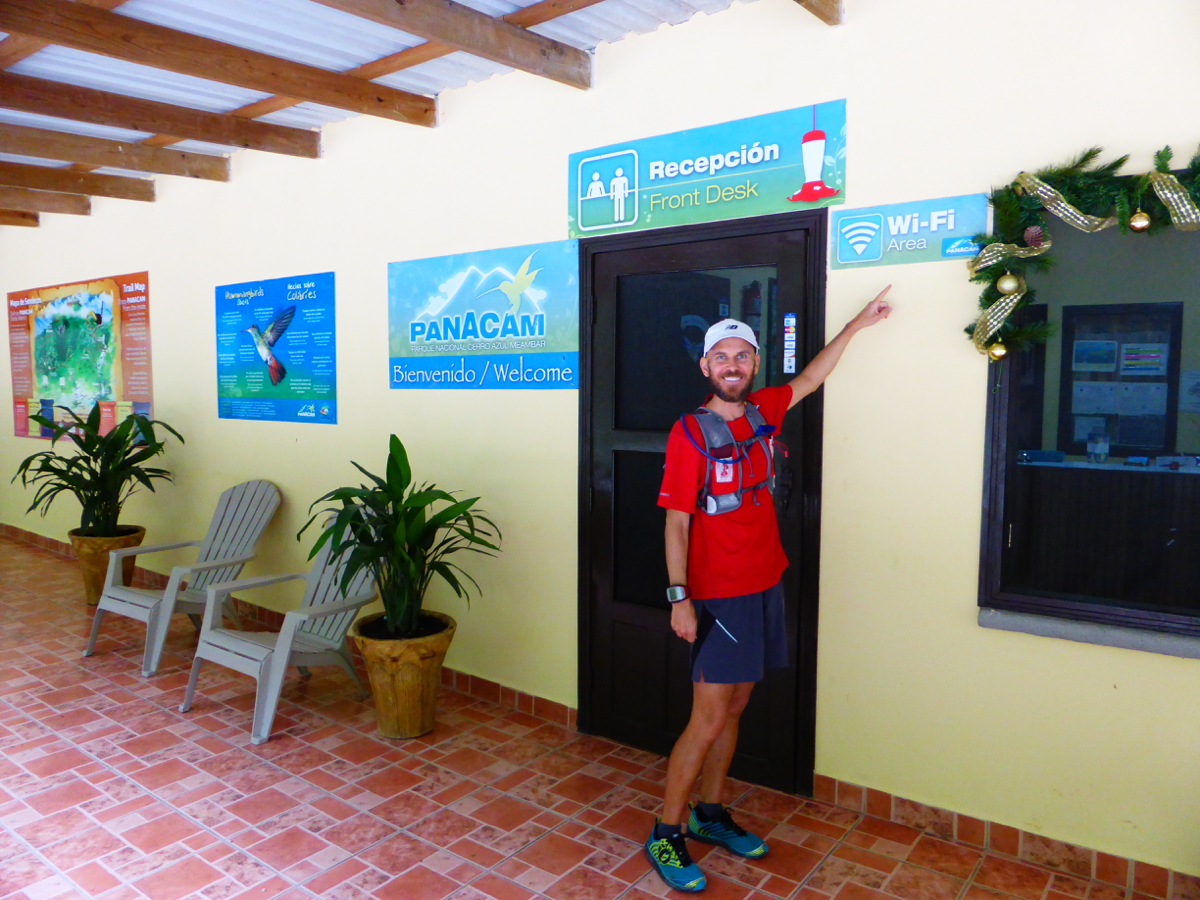 Amazingly, there was even WiFi at the park’s Visitor Center

The hardest part of the day was not the run, but reaching the national park. It involved a section of highway that is known to be patrolled by a local band of thugs, who wield their machetes in order to extract an ever-changing toll from passersby. To make matters worse, the bandits are in cahoots with some of the taxi operators, basically guaranteeing delivery of your possessions to them if you hire the wrong ride. This is where local knowledge demonstrates its worth, as the staff at D&D Brewery ensured we knew who to trust and who to avoid. We successfully navigated the pitfalls, and even though we were (willingly) extorted to the tune of a 50% premium by our return taxi driver (as we all knew that we had no other means of transportation home) it was still a bargain to get back home without meeting any machetes.

On the bus enroute to Cerro Azul Meambar

Our next stop is Nicaragua!